A new report from Northern Sky Research (NSR), Polar Satellite Markets, 2ndEdition, shows more than $1.7 billion in revenue growth generated by the Arctic and Antarctic regions across a range of applications and frequency bands, driven by new bandwidth and capacity opportunities. Maritime demand will drive the growth of this nascent market, resulting in a

Detecting Methane Before It Becomes a Disaster

Methane leaks and explosions are uncommon, but they can be fatal, as witnessed in the April 2017 Firestone, Colo., explosion that killed two men and seriously injured one woman. In May 2017, the Colorado Oil and Gas Conservation Commission issued a Notice to Operators that requires systematic inspection of their inventory of flowlines—active as well

Water conservation is a growing concern globally, and particularly for farmers in the United States, where decades of irrigating huge fields has depleted vital resources of fresh surface water and groundwater. To help alleviate this problem, a European Space Agency (ESA) spin-off that hopes to help preserve water supplies while guaranteeing crop irrigation is now

Satellite Manufacturing & Launch Market to Generate $258 Billion in Next Decade

The Satellite Manufacturing and Launch Services, 7th Edition (SMLS7) report from Northern Sky Research forecasts 2,356 satellites are expected to launch during the coming decade, with both GEO and non-GEO satellite operators turning to diverse solutions to remain competitive with space-based and terrestrial players. NSR identified a growing focus on leveraging advanced technologies and new

The Atlantic Ocean’s Sargasso Sea is named for its floating masses of Sargassum algae that are essential to local marine life. However, these drifting “islands” may be shifting to new areas on both sides of the tropical Atlantic Ocean. If they reach land, the massive algal blooms can affect local fisheries and tourism. The authors 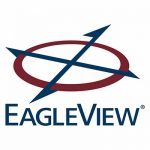 Bothell, WA  – EagleView®, the leading provider of aerial imagery and data analytics for government and commercial industries, is proud to announce the acquisition of OmniEarth, developer of machine learning technologies and decision-making tools for the water resource management, energy and insurance markets. With this acquisition, EagleView gains OmniEarth’s machine learning capabilities, resulting in higher

The University of Miami Rosenstiel School of Marine and Atmospheric Science (UM) will deploy 550 SPOT Trace satellite trackers from Globalstar Inc. in its continued research expedition with the Consortium for Advanced Research on Transport of Hydrocarbon in the Environment (CARTHE), which is dedicated to forecasting the fate of oil dispersed into the environment to

Vertical Images: From Film Making to Inspection, and Why the Future of Drones Doesn’t Lie in Flying

Successful drone entrepreneur Petr Lněnička went from award-winning filmmaker to drone inspection leader in his native Czech Republic. Here he lays out 3 pieces of advice and explains why for him, the transition seemed logical, and why he believes the future of drone mapping services will place less and less emphasis on drones and more

Earth’s magnetic field is like a huge cocoon, protecting the planet from cosmic radiation and charged particles found in solar wind. European Space Agency (ESA) Swarm satellites are recording details about one of the most difficult to observe layers of Earth’s magnetic field—as well as the magnetic history imprinted on Earth’s crust. Most of Earth’s

The CanX-7 nanosatellite built by Space Flight Laboratory (SFL) at the University of Toronto Institute for Aerospace Studies validated real-time detection and tracking of aircraft by a satellite in low-Earth orbit. The next mission phase will begin in early May 2017 with deployment of drag sails developed by SFL to accelerate the deorbiting of small