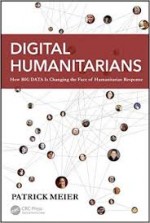 Shay Har-Noy, senior director, Geospatial Big Data with DigitalGlobe spoke this morning at the ENVI Analytics Symposium in Boulder. He spoke to big data considerations of volume, variety, velocity and veracity of the data — and the fact that our Earth is changing constantly. DigitalGlobe covers the entire globe every six months, and captures 60

At the ENVI Analytics Symposium in Boulder this morning, Stuart Blundell spoke to the great opportunity that the remote sensing community has with the advent of Big Data Analytics. Making sense of this information is the daily mission of the attendees at the event and the growing number of inputs are being wrestled with to

INTERGEO Once Again the Largest Meeting Point for UAS Exhibitors

Stuttgart / Karlsruhe, August 19, 2015 — The INTERGEO from 15 to 17 September in Stuttgart looks set to provide among others with “interaerial SOLUTIONS” platform the most comprehensive overview of unmanned aircraft systems (UAS) to date.

July 29, 2015 — BZ Media LLC announced the InterDrone™ technical conference featuring more than 104 classes, panels and keynotes. The event will debut at the Rio in Las Vegas, Sept. 9-10-11, and will also include an Exhibit Hall with more than 85 industry-leading exhibitors, a Yes-Fly Zone for drone demos, the InterDrone Film Festival,

July 27, 2015 (Portland, Maine) — SPAR Point Group, organizer of International LiDAR Mapping Forum (ILMF), has announced a Call for Papers for the 2016 event which will take place in Denver, Colorado, USA, February 22-24, 2016. The Call for Papers invites any interested parties to submit abstracts by the deadline of September 1, 2015 using

Save the Date for the ASPRS 2016 Annual Conference

BETHESDA, Md., July 23, 2015 —The ASPRS 2016 Annual Conference, IGTF 2016, is just around the corner, so mark your calendars now and Save the Dates of April 11 – 15, 2016 for IGTF 2016! Beginning on Monday, April 11th and continuing through the week with sessions, keynote speakers, networking receptions, the co-located JACIE Workshop

Herndon, Virginia, July 21, 2015 —The United States Geospatial Intelligence Foundation (USGIF) hosted a record number of attendees and exhibiting organizations at its GEOINT 2015 Symposium, June 22-25, at the Walter E. Washington Convention Center in Washington, D.C. This was the 11th GEOINT Symposium and the first to be held in Washington, D.C.