For the past two weeks, NASA scientists and satellite data analysts have been working every day producing maps and damage assessments that can be used by disaster managers battling the Woolsey Fire near Los Angeles and the Camp Fire in Northern California. The agency-wide effort also deployed a research aircraft over the Woolsey Fire on

Although most people might think smoke rises and then clears after a fire has been extinguished, the opposite is actually true. New research using data collected during NASA airborne science campaigns shows how smoke from wildfires worldwide could impact the atmosphere and climate much more than previously thought. The study, led by researchers at the

On Nov. 7, 2018, NASA’s Operation IceBridge flew over an iceberg three times the size of Manhattan—the first time anyone has laid eyes on the giant iceberg, dubbed B-46 by the U.S. National Ice Center, that broke off from Pine Island Glacier in late October. As NASA’s DC-8 flew its predetermined flight pattern, the new

The ozone hole that forms over the Antarctic each September is primarily driven by two factors: the amount of ozone-destroying chlorine in the polar stratosphere and the availability of ice crystals in stratospheric clouds for the chlorine to bind to. This year, the super-cold stratospheric temperatures measured by NOAA and NASA meant conditions were ripe

The Florida Keys coral reefs stopped growing or significantly slowed their growth at least 3,000 years ago and have been balanced between persistence and erosion ever since, according to a new study by the U.S. Geological Survey (USGS). The study, published in the journal Global Change Biology, also points to coral bleaching and disease outbreaks

Rising seas are putting coastal UNESCO World Heritage Sites at risk. For sites such as the Old City of Dubrovnik and the ruins of Carthage, the threat of harmful storm surges and coastal erosion will increase significantly as the effects of climate change progress. To better characterize the risks facing sites of historic and cultural 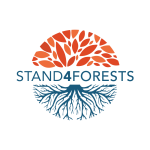 A new report from the United Nations Intergovernmental Panel on Climate Change (IPCC) forwarded the need to protect and restore forests just two weeks after more than 200 organizations, scientists and elected officials released the #Stand4Forests platform in the United States. The newly released platform aligned with the IPCC report in demanding the protection of

On Oct. 7, 2018, a Tunisian cargo ship is reported to have struck the hull of a Cypriot container ship in waters north of the French island of Corsica. There were no casualties, but the collision caused a fuel leak that resulted in an oil slick about 20 kilometers long. Although the collision occurred in

CloudSat and CALIPSO, designed to complement each other in the 1990s, were launched together on the same rocket in 2006. Then they spent more than 10 years orbiting Earth in formation with a coterie of other satellites in what’s known as the A-Train (afternoon constellation). Flying together enables the A Train satellites to gather diverse

Mobile Mapping Market Worth $40 Billion by 2024

According to a new research report by Global Market Insights Inc., the mobile mapping market is being propelled by the increasing adoption of mobile devices such as smartphones and tablets across the globe. Smartphone users are extensively using mapping applications on their devices for navigation and driving assistance. Furthermore, they also are leveraging GIS and