March 10th, 2020
With a Speaker and Four microphones, Drones Can Echolocate Like Bats 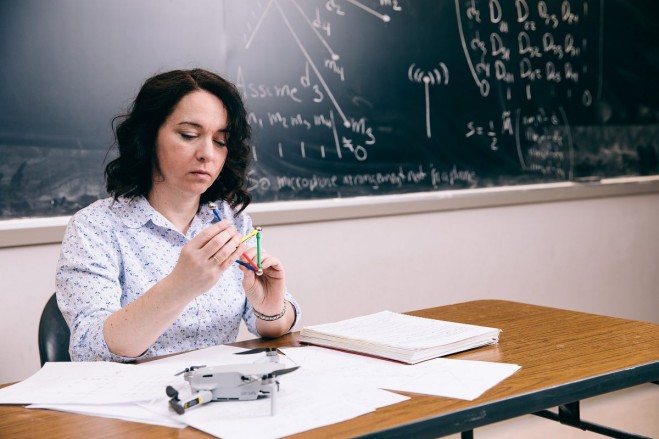 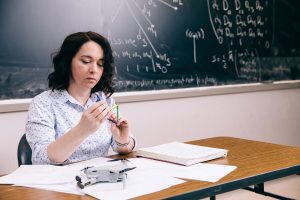 Similarly to how bats use echolocation to orient themselves with their surroundings, mathematicians have found that the same can be done with microphones and a speaker on a drone with the help of algebra and geometry.

This signal processing research has potential applications for people, underwater vehicles and even cars, said Mireille “Mimi” Boutin, a Purdue University associate professor of mathematics and electrical and computer engineering.

Boutin and Gregor Kemper, a professor of algorithmic algebra in the Department of Mathematics at the Technical University of Munich, have worked to reconstruct the wall configuration of rooms by using echoes picked up by microphones on the drone.

The challenge is to determine which distance corresponds to which wall, a process called echosorting. Sorting the echoes accurately ensures that all walls that are heard are truly there. This way, the algorithm does not produce “ghost” walls.

This research is directly related to two complementary problems in engineering: localization (determining where you are in an environment) and mapping (determining the shape of your environment).

The research done by Boutin and Kemper proves that it’s possible for a minimal setup of four microphones arranged in a non-planar shape, along with just a loudspeaker emitting one signal, to reconstruct a room. Their work is published in the SIAM Journal on Applied Algebra and Geometry.