Unacast, an award-winning geospatial data and strategic insights company, is pleased to announce a new partnership with Mapidea, an industry-leading location analytics firm. This partnership will allow both companies to secure a foothold into the larger international retail market, serving as a bridge to the data packages that are currently part of Unacast’s flagship product,

(1-r) Paul Miller, John “JB” Byrd, John Palatiello”   FAIRFAX, VA– John “JB” Byrd was recognized today on the occasion of the 15th anniversary of his employment with John M. Palatiello & Associates, Inc. (JMP&A), a government relations and association management firm. Since joining JMP&A in January of 2005, Byrd has built a reputation as 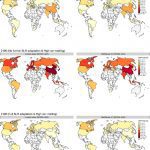