SOUTH JORDAN, Utah – Nearmap, a leading provider of high-resolution aerial imagery, today announced its receipt of Gallup’s 2019 Great Workplace Award. It is the first time the company has been included on the respected list of “workplaces you’ll want to get to know.” Approximately two and a half years ago, Nearmap brought in Sue 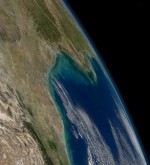 Nutrient-rich ash from an enormous flare-up of volcanic eruptions toward the end of the dinosaurs’ reign kicked off a chain of events that led to the formation of shale gas and oil fields from Texas to Montana, according to a new study by Rice University geologists that appears in Nature Publishing’s online journal Scientific Reports.

TORONTO, ONTARIO  – The Big Drone Show attendees and media will get a glimpse into the newest industrial drones from DJI, the world leader in unmanned aerial technology, in partnership with Gap Wireless, a leading distributor of commercial and industrial UAV solutions. Announced earlier this year, DJI’s Matrice 200 series drones are purpose-built for industrial

Detecting Methane Before It Becomes a Disaster

Methane leaks and explosions are uncommon, but they can be fatal, as witnessed in the April 2017 Firestone, Colo., explosion that killed two men and seriously injured one woman. In May 2017, the Colorado Oil and Gas Conservation Commission issued a Notice to Operators that requires systematic inspection of their inventory of flowlines—active as well

New U.S. Geological Survey (USGS) maps identify potential ground-shaking hazards in 2017 from human-induced and natural earthquakes in the central and eastern United States (CEUS). This is the second consecutive year both types of hazards are forecasted, as previous USGS maps only identified hazards from natural earthquakes. This research recently was published in Seismological Research

Attention, geospatial professionals, are you involved in the energy industry, or provide mapping, engineering, or data solutions to the energy industry? Share your expertise with your colleagues at EnerGIS 2017, to be held June 5-6 in suburban Pittsburgh! This is our 5th annual conference and has become a not-to-miss event. Presentations and papers are welcome

The SWAP camera onboard the European Space Agency (ESA) Proba-2 satellite takes advantage of extreme ultraviolet wavelengths to capture the hot turbulent atmosphere of the Sun’s solar corona. To illustrate what SWAP does and what it can teach, ESA and the Royal Observatory of Belgium collected and published 366 solar images—one for each day of

USGS Report Cites Fluid Injection as Cause for Increased Earthquakes

The central United States has undergone a dramatic increase in seismicity during the last six years. From 1973-2008, there was an average of 24 earthquakes of magnitude 3 and larger per year. From 2009-2014, the rate steadily increased, averaging 193 per year and peaking in 2014 with 688 earthquakes. So far in 2015, there have

Belgium, Leuven – 11th August, 2016 – Luciad is delighted to announce several new speakers for INTERACT – The Luciad User Conference 2016. The conference is the premier event for geospatial professionals and developers from the Aviation, Defence, Maritime, Safety & Security and Utilities & Logistics sectors. It will be held on September 28th &