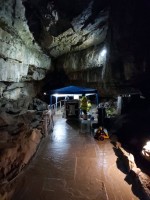 West Nile Virus and Mosquito Nuisance Prevention with a UAV

For a nuisance-reduction program after a summer rainfall 2021, GDG was challenged to monitor a several-thousand-hectare region and treat all mosquito breeding sites within it in just five days. As a result, biological larvicide treatment was applied to nearly one thousand hectares of areas producing mosquito larvae by GDG’s drone division in 2021.  “Once a

The ability to provide a “volcano forecast” could help reduce the significant health, safety and even economic impacts of eruptions; they regularly disrupt aviation and the global supply chain we depend on. Last fall, circling the summit of an active volcano, a small aircraft moved us toward a future where remote but hazardous volcanoes are

Earth’s global average surface temperature in 2021 tied with 2018 as the sixth-warmest on record, according to independent analyses done by NASA and the National Oceanic and Atmospheric Administration (NOAA). Continuing the planet’s long-term warming trend, global temperatures in 2021 were 1.5 degrees Fahrenheit (0.85 degrees Celsius) above the average for NASA’s baseline period, according

NASA and National Oceanic and Atmospheric Administration (NOAA) scientists are teaming up to test remote-sensing technology for use in oil-spill response.  Just off the coast of Santa Barbara, Calif., thousands of gallons of oil seep through cracks in the seafloor and rise to the surface each day. But this isn’t a disaster zone: It’s one

A previously unknown source of the strong greenhouse gas nitrous oxide has been found in East Siberian Yedoma permafrost. Published in Nature Communications, the observation was made by an international group of researchers, with the lead of researchers from the University of Eastern Finland. Nitrous oxide (N2O) is the third-most important greenhouse gas after carbon

One Year From Launch: U.S.-European Satellite to Track World’s Water

A new NASA-led study is the first to document changing atmospheric ammonia (NH3) concentrations in Africa over an extended period. Ammonia is an air pollutant that can lead to heart- and lung-related illness. When present in excess in an ecosystem, it can make soil more acidic and hinder plant growth. Ammonia is emitted naturally from

NASA released a climate action plan Oct. 7, 2021, aimed at averting mission impacts due to climate change, ensuring the resiliency of facilities and assets, and providing the nation and world unique climate observations, analysis, and modeling through scientific research. The plan is part of President Biden’s whole-of-government approach to confronting the climate crisis. Federal