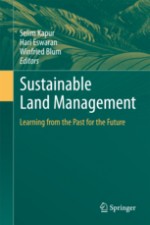 The book Sustainable Land Management: Learning From the Past for the Future provides a summary for ‘Anthroscpaes’ – those landscapes impacted by humans. These landscapes are affected by culture and history, thus, the book attempts to examine sustainability through space and time, recognising the fluid nature of landscapes. It includes a compendium of topics, combined

Geolocation and Privacy: Are We Going the Right Way?

The concept of geolocation privacy is now receiving a good deal of attention in the United States. For example, nine bills are being considered on Capitol Hill that would would regulate the collection, use and/or transfer of geolocation information. Many of the bills include geolocation as part of larger privacy bills and treat an individual’s

Not that long ago, I considered “web mapping” an advanced topic, best left to be taught in a senior GIS course.  While that can still be the case, depending on how it is defined, the fact is that creating a map of your own data on a web page has become something anyone can do 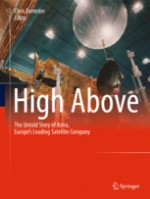 High Above: The Untold Story of Astra

Luxembourg based AES Astra emerged in the 1980’s during a critical time when television was expanding and re-inventing itself as a powerful communication medium, and satellite television was new. The growth of Astra was aligned with the development of global perspectives on many fronts. Global collaboration, worldwide news, high definition television along with mobile viewing

A World Full of Sensors

Scientists of the TU Darmstadt are working on the Smart City. Smart phones, equipped with numerous sensors, significantly simplify for their owners the organization of several aspects of their lives. But this is only the beginning; scientists of Darmstadt envision an entire smart city in which all sensor-equipped devices are interlinked in an intelligent manner.

Building Information Modeling (BIM) is replacing Computer Aided Drafting (CAD) as the tool in which building designs are created. BIM is a graphic and data model of a building prepared by designers, enhanced by builders, and can be used by owners. BIM enables all parties involved in a project to communicate in a more collaborative

The 5th Geoinformatics Forum (July 5-8 2011), co-located with the highly regarded annual German language conference on Applied Geoinformatics (AGIT), was once again organized by the Centre of Geoinformatics (Z_GIS) at the University of Salzburg, the Institute for GIScience at the Austrian Academy of Sciences and the German University of Technology in Muscat, Oman.

The American Congress on Surveying & Mapping (ACSM) held their 2011 Annual Conference in conjunction with Esri’s Survey Summit  in San Diego, Calif. from  July 7-13. While the event was well received, the organization determined at the culmination to accept the recommendations of the ACSM Realignment Committee to disband the ACSM Congress of Member Organizations

The 2011 Esri International User Conference took place in San Diego, Calif., from July 11-15, and it was the largest ever. The audience of more than 15,000 attendees came from 126 countries, with a full third from outside the United States, and a full third there for their first time. This year’s theme, “Understanding Our