The 17th Annual INTERGEO was held this past week in the historic city of Nuremberg, Germany. This event brought together 16,000 people from 80 countries, and delivered 140 presentations on a variety of topics to a conference audience in addition to presenting one of the largest trade show in the world, including the latest products and 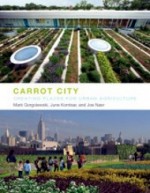 Urban design is increasingly adopting the idea of food production within city spaces. Carrot City looks at how we imagine a city will look if agricultural production rises. New knowledge networks, changes in urban home and building design, vertical agriculture and the various components for growing food are all included. As changing climate, population increase

Planning and mainly spatial planning deals with the spatial dimension of development. It is concerned not only with architecture but also with the place where people live and work. Spatial planning is one of the major challenges facing Europe. In the future it won’t be possible to solve planning problems of regional development without access to spatial knowledge. Good

FOSS4G 2011 Marks a Milestone in the Mile-High City

The Free and Open Source Software for Geospatial Conference (FOSS4G) took place in Denver, Colo. from Sept. 12-16. The event drew more than 900 people, making it the largest of these yearly gatherings organized by the OSGeo Foundation. The international event drew developers, solution providers and academics from 42 countries.

Mappers Gather in Denver for State of the Map

The fifth annual OpenStreetMap State of the Map Conference took place in Denver, Colo. from Sept. 9-11. The event drew its largest crowd yet, with an engaged international gathering of more than 250 attendees from 34 countries. The event drew a mix of volunteer mappers, developers of solutions that build upon the data, academic researchers, 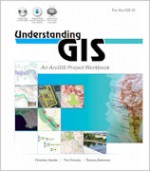 Many books present GIS in terms of technology alone, fewer attempt to embrace real problems and link concepts to exercises that explain how all the dots connect when using GIS. Understanding GIS: An ArcGIS Project Workbook benefits from the wealth of experience authors Christian Harder, Tim Ormsby and Thomas Balstrøm bring to the book, providing the guidance and explorations

Wide Area Engineering and the Future of GIS

GIS has its roots in what a geographer or cartographer might call “small-scale” information, information primarily related to issues of land management and the environment.  In the early days, there were many competing acronyms for what is now known as GIS, such as Land Information Systems (LIS), and Facility Information or Facility Management Systems (FMS).

The 24th annual GIS in the Rockies took place from Aug. 31 to Sept. 1 at the Cable Center in Denver, Colo. The event theme, “Emerging Technolgies; Are You Read?,” addressed both these new technologies as well as the need to stay abreast of these developments in order to make the most of the possibilities.

Sustainable tourism is an important aspect of many European countries and regions. It plays a crucial role in parks, protected areas and coastal zones. To be able to guarantee tourism activities and development in regions, public servants have to be trained about potential influence of investment in tourism on the environment. Nature protection and support