Carbon dioxide (CO2) is the most important anthropogenic greenhouse gas. As forests grow, they absorb CO2 from the atmosphere, in a process called sequestration, while deforestation and forest degradation release it back into the atmosphere. Therefore, the amount of carbon stored in forests is of great scientific, economic, and political interest.   The effects of

A key component in the global effort to mitigate climate change is to measure and map the amount of carbon stored in forests. This is at the core of the United Nations Collaborative Programme on Reducing Emissions from Deforestation and Forest Degradation in Developing Countries (REDD) and of similar “cap & trade” initiatives in developed

The European Location for the Geospatial World Forum Increases Its Profile

The Geospatial World Forum took place this past week in Amsterdam, drawing an international crowd of more than 1,000 geospatial technology leaders from 78 countries. This is the fourth event in a series, and the first time the event has taken place outside of India. The European location served well to elevate the participation and

For the first time Singaporean authorities have given permission for a photogrammetric UAV mapping/modeling flight over an important area of the city. In the context of the SEC-FCL (Future Cities Laboratory) project a pilot study is conducted with the goal to generate a high quality 3D city model of the NUS campus from UAV images.

ASPRS Focuses on the Future

The annual American Society for Photogrammetry and Remote Sensing Annual Conference took place in Sacramento, Calif. from March 19-23, 2012. This event drew an international audience of more than 1,200 people, with the theme, “Imaging and Geospatial Technologies Into the Future”. To highlight the future, the event embraced both Google and their Google Earth Engine

In this article we look at the e-mobility initiative BALLADE and show how the success of such efforts will depend on many different Standards Development Organizations (SDOs) working together to “tune” the Smart Grid for efficient communication of location information. 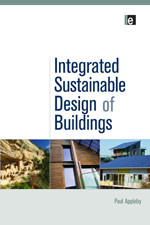 Every ten years or so, we achieve a technological breakthrough that drives innovation for the next decade. We are coming out of the age of emergence of the Internet, which has seen this enabling technology move from novel to ubiquitous. By 2010, cell phones and smart phones were on the path to becoming standard, with 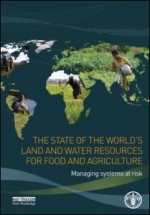 The book ‘The State of the World’s Land and Water Resources for Food and Agriculture – Managing Systems at Risk’ summarises the current quantity, quality and socio-economic values of land and water around the global with respect to availability, risk and climate change. Policies, food production models and integrated management principles are all considered and discussed. Water