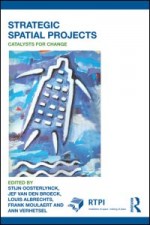 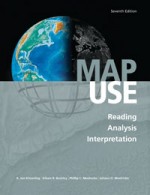 Map Use: Reading, Analysis, Interpretation is the 7th edition of a popular cartographic reference for professional and student use. This edition includes a focus upon the interpretation of maps and the information within them. Map accuracy and learning how to read maps is also included. The ability to read and understand what a map is

The 12th International Lidar Mapping Forum drew a record attendance of more than 750 attendees to their annual gathering last week in Denver. The event took place from Jan.23-25 at the downtown Hyatt Regency. The busy program schedule was well balanced by booths representing 60 companies. The program placed both an emphasis on research and

HABITATS – Towards the Interoperability through Social Validation

The INSPIRE Directive considers that spatial information is needed for the implementation of Community policies which must integrate environmental protection in accordance with Article 6 of the Treaty, and establishes the basis for an infrastructure for spatial information in Europe in order to support EU environmental policies and those activities which may have an impact 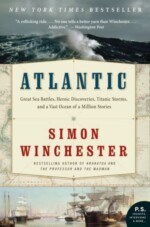 Simon Winchester writes about the Atlantic Ocean from it’s beginning as a geological event to the rich history involving explorers, scientists, cultures, geodesy, and events through time.  He describes the basalt formations of eastern Canada to similar formations in Morocco, the beginning of bathymetric mapping, and how Benjamin Franklin became the father of oceanography. Leif Eriksson appeared

GeoDesign Summit Focuses on Work that Has an Impact

The third GeoDesign Summit took place in Redlands, Calif. from Jan. 5-6, 2012. There were roughly 300 attendees from a cross-section of disciplines at this year’s event, with a strong showing from academia, architecture, engineering, landscape architecture and planning. The event continued dialogue about the definition and practice of the geospatial planning approach that is

Much time is spent this time of year looking forward. V1 editors Jeff Thurston and Matt Ball spent some time reflecting on emerging stories and growing trends to come up with the following predictions for 2012. On the list are technology advancements, policy initiatives and the continued evolution of model-based design. Read the full list

Senior politicians do not always appreciate the value of Geographic Information and Location Intelligence. With their minds now sharply focused on boundary changes for the UK Parliament, nothing brings home the importance of spatial analysis as clearly as the threat of losing some seats. In this article Jamie Justham, Chairman of Dotted Eyes, one of the UK’s

Autodesk University 2011 took place in Las Vegas, Nevada from Nov. 29 through Dec. 1. This year’s event attracted 8,000 people from 80 countries to the live event, and 30,000 virtual attendees via the live Internet broadcasts of the content. The event theme, “The Power of the Possible,” placed an emphasis on creativity and the

Founded in 1985, ECTP-CEU (European Council of Spatial Planners-Conseil européen des urbanistes) brings together 25 professional town planning associations and institutes from 23 European countries as well as corresponding members. It is an umbrella association providing its members with a common framework for planning practice, planning education, continuing professional development and the definition of professional