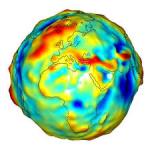 Quick and in 3D: High-resolution Aerial Photos for Disaster Response and Recovery

In my work supporting disaster response operations, I have often heard practitioners say, “Where can we quickly get detailed and up-to-date map from?” Chris Hepp, by profession a medical doctor, faced the same issue when deployed on humanitarian and peacekeeping missions with international organizations to Albania, the Kosovo, Rwanda and Haiti. He recognized the value

Organizations responsible for environmental monitoring, especially when it comes to ‘smart development’ in environmentally sensitive areas, are increasingly using the right geospatial data, tools and processes to ensure minimal impact.

Report on GIS for District Planning and Administration Workshop

A workshop was recently organized to develop Geographic Information System (GIS) for one of the Lesser Himalayan districts of Uttarakhand State, the Rudraprayag, drained by glacial fed mighty rivers Alaknanda and Mandakini. The workshop was jointly organized by the Center of Excellence for Natural Resources Data Management System (COE, NRDMS) in Uttarakhand, Department of Geography,

Good management decisions require the availability of quality information. For forest resource managers, the combination of airborne Light Detection And Ranging (lidar) remote sensing data together with Esri’s ArcGIS and the Forest Service, U.S. Department of Agriculture’s own FUSION software have created a powerful 3D environment capable of modeling a forest’s canopy structure.

If Old McDonald had a farm today, he could manage it from his laptop computer and map it with an application on his handheld device. When he was out in the field, his tractor’s guidance system could know its position to within less than an inch, turning his planters and sprayers on and off accordingly.

Traditional GIS applications have long been a trusted tool of the trade for professionals working in the field of emergency management. Recent advances have led to a greater capability to undertake a holistic approach to incident management utilising much more than the conventional knowledge derived from static maps and GIS silos.