3D – Not Just for TV and Games Any More

That GIS products and technologies will adopt 3D for visualization and analysis is a foregone conclusion. Possibly the biggest clue that geospatial 3D is going to be perceived in the future as just another flavor of the map interface is the simple one-click toggle between Google Maps and Google Earth that was introduced a couple 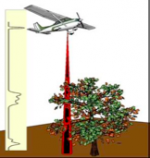 In 2010, an innovative technology began assisting with the assessment of existing forest conditions as well as establishing a viable approach to long-term monitoring to support the management of natural forests in Indonesia.  With the ability to rapidly collect highly accurate three-dimensional information of the forest from aircraft flying at three-quarters of a kilometer above 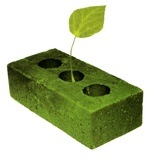 We can easily imagine the whole picture, if a particular problem is sketched on a sheet of paper, or when the observed area is illustrated with a painting, in conjunction with understandable symbols. A map is therefore a visual representation of particular portion of space by means of symbolic delineation of properties and relations between

Nikola Tesla (1856-1943), possibly the first scientist who devised a wireless world, looked at Science as a common service, a way to improve the lot of mankind, not just a means for enhancing wealth (less than ever, the wealth of the few), or to bend to compulsions of market economy. Geomatics and Geoinformation can give