The 2013 Esri International User Conference took place in San Diego, Calif., from July 8-12. The audience of more than 12,000 attendees came from 130 countries, with a full third from outside the United States. This year’s theme, “GIS – Transforming Our World,” was meant to address the rapid changes that are facing our world,

Rick Cobb, president and CEO of TerraGO, addressed a user group this morning in San Diego. The meeting covered the company’s announcement this morning of their Vision Platform. Cobb discussed the intensive investment in technology that the company has made over the past 12 months, with new products coming out. The company also has ramped

The Exelis and Esri Relationship Expands on Imagery Everywhere

Exelis and Esri teamed for their annual press breakfast to highlight their “Imagery Everywhere” initiative this morning at the Esri International User Conference.

Dangermond Discusses How GIS is Becoming a Living Atlas

Jack Dangermond, CEO and president of Esri, addressed the Esri International User Conference. He started by talking about the word transformation, and its definition of changing both physical reality and our perception of what we see. GIS is an enabling technology that effects transformation. Given today’s challenges, we need to leverage our best talent and

Jack Dangermond gave the opening talk in today’s Senior Executive Seminar, an invite-only peer-to-peer discussion on the power of geographic information systems (GIS). He touched on the evolution of the technology and the impacts that it has had to change the world.

Hexagon Leads with Solutions that Integrate Sensors and Software

The HxGN LIVE event took place this week in Las Vegas, combining content across Hexagon’s main brands, Intergraph, Leica Geosystems, and metrology, as well as addressing markets of manufacturing, security, surveying and measurement, government, plant and power. The conference served more than 3,500 participants from across the globe, and 5,000 accessing the content online, with

The fifth Geospatial World Forum took place in Rotterdam, The Netherlands from May 13 through 16, 2013. This is the event’s second time in The Netherlands, with last year’s event taking place in Amsterdam, and the previous three in Hyderabad, India. With a growing international audience that reached 1,000 attendees this year, and an increasingly 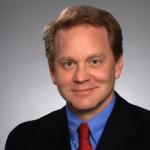 DigitalGlobe Focused on Creating a Time Machine for the World #GWF2013

As final preparations commence for the inaugural GEO-North event on 07 March 2013 at the Reebok Stadium, Bolton, UK, GEO-North the organisers have announced more headline grabbing seminar topics as well as  bumper list of sponsor organisations.

Mapping the Future as an Intelligent 3D Image #ILMF

Lawrie Jordan, director of imagery at Esri, gave a keynote at today’s International LiDAR Mapping Forum with a focus of going beyond the 3D imagery to the information model behind it, allowing for deep analysis to address problems. With the move toward real-time and global persistent surveillance we have a new view and a new