International conference on spatial data infrastructures 2010 has been held from 15th to 17th September 2010 at FON University in Skopje, Macedonia. The conference was organized by Geo-SEE (South-East Europe Research Association on Geo Sciences). 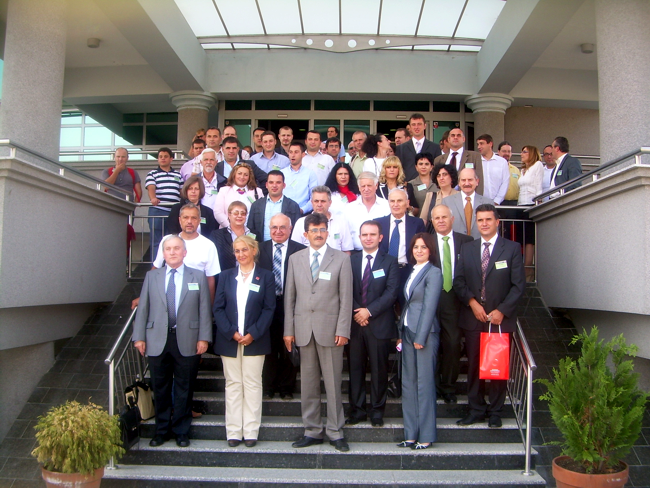 Proceedings composed of 31 peer-reviewed papers as hard copy and digital form in CD have been published pre conference, and distributed to participants at the conference. 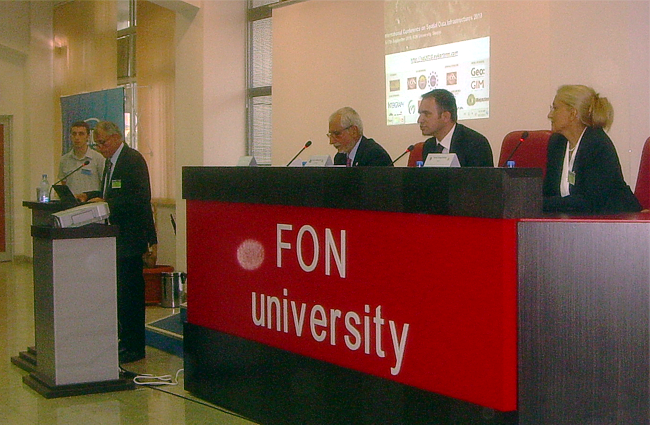 Conference was opened by host, Rector of the FON University Prof. Aleksandar Nikolovksi. At the opening session, in behalf of the organizer Geo-SEE, its president Prof Bashkim Idrizi gave certificates to all co-organizers and sponsors of all categories. Within the opening session, the certificate of merit has been given to Prof Boris Nikodinovski, president of Scientific Institution “Independent Researcher Dr. Boris Nikodinovski”, for ten successful organized conferences in a period from year 2001 to 2009, as main organizer and chair of the conferences.

At the opening session, two key note speeches were given by Prof Chryssy Potsiou from Greece in Behalf of FIG with the title “Spatial information management and the current rapid processes of urbanization”, and Prof Mauro Salvemini from Italy in behalf of EUROGI with the title “European and International dimension of GI management for societal and environmental sustainability”.

Whole conference was organized in ten sessions, i.e. opening session, six sessions with presentations, two with workshops and closing session. Within six sessions with presentations, 28 presentations out of the 38 included in the programme have been presented. Most discussed themes in the conference were: NSDI, INSPIRE, WebGIS, geoportals, mapping, SDI, GSDI, regional and urban management, SDI development and assessment, commercial and open source software, coordinate frames, cadastral data, land management, data harmonization, cooperation between stake holders, policy, strategy and legal aspects, ext. At the closing session, the document with conclusions has been approved by the participants, as conference resolution. Conference was closed by Prof Chryssy Potsiou, representative of FIG.

Within the conference, beside the key note speeches and presentations of papers, two workshops have been organized also. First workshop was related to the efforts for data harmonization through the Humbold project, chaired by Mauro Salvemini from Italy and Anders Ostman from Sweden, and the second one for the possibilities of utilization of Open source software, chaired by Arnaud Deleurme from Greece and Naumce Lazarevski from Macedonia.

FON University as general sponsor, and Intergraph and ESRI as silver sponsors of the conference have been given by a half hour commercial presentations.

At the end of conference, participants have agreed on the importance that Geo-SEE (South-East European Research Association on Geo Sciences) will organize a follow-up conference within 2-3 years to address the current SDI needs and assess the progress in the South-Eastern European region.