April 17th, 2017
Vertical Images: From Film Making to Inspection, and Why the Future of Drones Doesn’t Lie in Flying 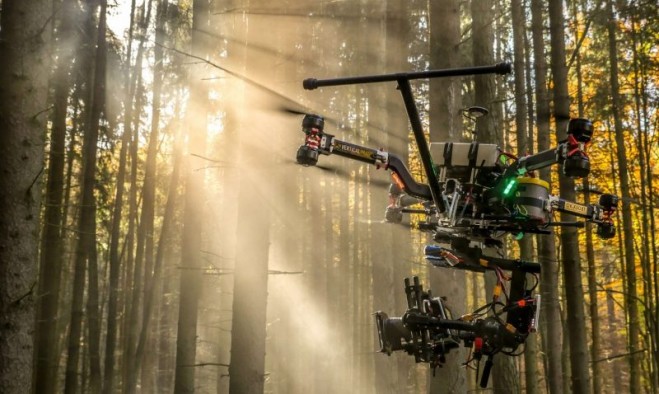 Successful drone entrepreneur Petr Lněnička went from award-winning filmmaker to drone inspection leader in his native Czech Republic. Here he lays out 3 pieces of advice and explains why for him, the transition seemed logical, and why he believes the future of drone mapping services will place less and less emphasis on drones and more and more weight on mapping data.

Petr Lněnička was working as filmmaker when aerial footage became a hot commodity. “In 2011 it was something pretty new and unusual and we actually had to have it,” recalls Petr. “But at that time in Czech Republic, there was basically no one to supply us with quality footage.” So he started filming himself. With no background in RC flying, Petr and his nephew Tomas founded their own company in 2012 after purchasing an S800 copter drone from the then-new DJI. Vertical Images was one of the first three companies to be certified by the Czech civil aviation authority, and boasted over 200 flight hours by the end of the year. 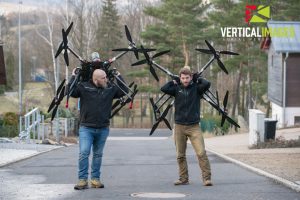 Head pilots Tomas and Daniel are carrying our biggest copters, we call them Destiny, with take off weight of 32kg, mainly used for cinema filming

“It wasn’t difficult in the beginning to get clients, because when we started, all those flying in our country were basically RC hobbyists, without a background in film. One week we bought the first drone, the second week we were flying and being paid for it.” — Petr Lněnička

But Petr knew this sweet spot wouldn’t last forever. In 2013, Vertical images decided to diversify, and launched itself into flying for industrial inspection and mapping. Going from filming to industrial flying was a logical step, says Petr, as work in cinema is limited. “In Czech Republic, there are only about 120 flying days available for big cameras. But if you consider aerial inspections, renewable energy, industrial plants, all the mapping jobs…it’s a better business to be in than just aerial filming. And we had the knowledge.” 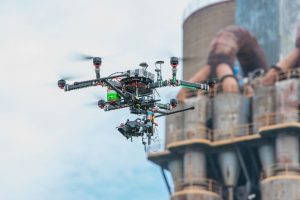 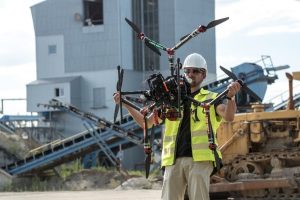 “It’s so novel — we can do things which normally would take 5 or 10 times longer…with better data.”

Not one to shy away from difficult projects, Vertical images’ first inspection job was a large chemical plant having problems with processing. Unable to find a solution for several days, the plant had already lost tens of thousands of euros, and invited Vertical Images to look at things from a different perspective. “We went there with the infrared camera, and actually, the problem was visible right away because of the distance and the perspective,” said Petr. “So we helped them a lot, and are working for the same company all over Europe now.” 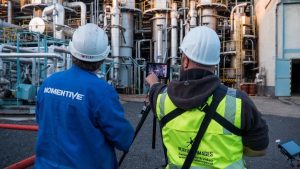 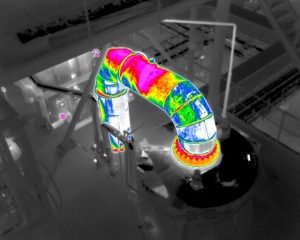 Around a year later, Petr discovered Pix4Dmapper Pro software. “We needed to measure, we needed to place things on real maps, on real 3D models,” said Petr. “A regular picture is good for looking at something but you cannot measure, cannot get geolocation, cannot align with other dates. So working with Pix4D allows us to pinpoint the locations and show exactly what’s going on. That’s a very important part of our workflow.” Vertical images has done hundreds of projects with the software, primarily using Pix4D outputs as a basis for inspection. When inspecting an industrial plant for Siemens, for example, they fly over the plant with a classical RGB camera and make a model and orthomosaic map as a project base.

By 2016, Vertical images was doing half photography and videography, half industrial flying and mapping services. Today, aerial filming only comprises 10–20% of their work. 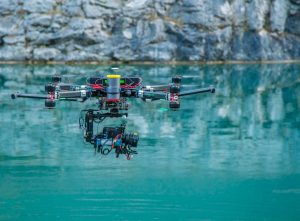 “The market is doing absolutely well, if you know what you are doing. 4 years ago it was good enough to get the camera in the air. But now, the actual flying is less than 20% of the job. The other 80% is data processing. It’s more about the data and presentation than about the flying. And if you save your customers money, show them something new, and help them do predictive maintenance, you have the job. Everybody wants that, everybody wants to save money, right? That’s exactly what we do.

My first advice is to be safe — that’s the most important thing — or you’ll end up without a company! Everything has to be looked at through safety glasses in order to be successful in this business. There are so many problems that can happen that CANNOT happen. So you have to be very safety oriented, do regular inspections of your stuff, and have well trained people. Training is really important. We actually rented an abandoned plant a few kilometers from our offices to train our pilots and sensor operators, so they can work safely in industrial environments. It’s crucial. So whatever you can do for safety, just do it. If you can spend money on a parachute, do it. If you can double or triple the electronics, do it. If you can spend more time training people, do it. 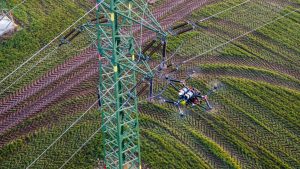 Every day brings new opportunities for the use of unmanned aircraft. Learn and test new things. Start using software like Pix4D, which will open the door to mapping applications. From orthomosaics to 3D models, from applications in agriculture to applications in the construction business. The more you offer, the more you will be useful and indispensable to the clients (plus, you earn more). Drones are not just pretty pictures and videos anymore; they can be useful in so many new areas … 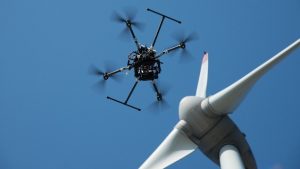 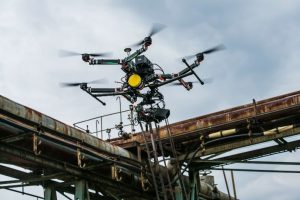 Part of our success is due to the fact we work very closely with the civil aviation authority (CAA). For example, now we are getting certified to fly at night, which is normally prohibited by law in the Czech Republic, but by working closely with the CAA, in the end we succeeded and it opens up many new opportunities and applications. Another example, we needed to fly at the airports, which is normally a big no no, but by proving that it can be done safely, now we are allowed to fly at international airports in the Czech Republic. It can be done, actually we had close to 70 flying hours at the Prague international airport just next to the active runways last year. 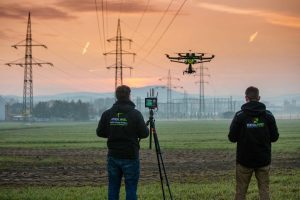 It’s going to be more and more about data, and less and less about flying. The flying and drones are an important part of it, but more will be about big data and what you get from it. Whoever wants to be successful in this business needs a way to analyze and present big data. For example, when we do a plant inspection, we end up with about 2 terabytes of data. So how do you get that to the client? How do you present it? Pix4D software helps us a lot. It will be a greater and more important part of our work.