The European Space Agency (ESA) CryoSat mission revealed that, during the last seven years, Antarctica has lost an area of underwater ice the size of Greater London. This is because warm ocean water beneath the continent’s floating margins is eating away at the ice attached to the seabed. Most Antarctic glaciers flow straight into the

Permafrost in the coldest northern Arctic—formerly thought to be at least temporarily shielded from global warming by its extreme environment—will thaw enough to become a permanent source of carbon to the atmosphere in this century, with the peak transition occurring in 40 to 60 years, according to a new NASA-led study. The study calculated that

Manmade structures built along Chesapeake Bay shorelines to protect against sea-level rise, storm surge and erosion have been found to negatively impact waterbirds, according to a USGS study. In many coastal regions, shorelines are “armored” with wooden, concrete or steel bulkhead walls or riprap borders that consist of piles of large stones or boulders. Shoreline 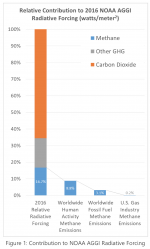 USC scientists have unlocked a new, more-efficient pathway for converting methane—a potent gas contributing to climate change—directly into basic chemicals for manufacturing plastics, agrochemicals and pharmaceuticals. In research published in the Journal of the American Chemical Society, chemists at USC Loker Hydrocarbon Research Institute say they have found a way to help utilize this abundant

2017 Was Third-Warmest Year on Record for United States

2017 will be remembered as a year of extremes for the United States as floods, tornadoes, hurricanes, drought, fires and freezes claimed hundreds of lives and visited economic hardship upon the nation. Recovery from the ravages of three major Atlantic hurricanes making landfall in the U.S. and an extreme and ongoing wildfire season in the

NASA, the National Oceanic and Atmospheric Administration (NOAA), and the U.S. Geological Survey (USGS) should join forces to track changes in Earth’s temperature, according to a federally funded study on climate change. The three agencies should implement “a coordinated approach for their space-based environmental observations to further advance Earth science and applications for the next

NASA scientists conducting research on the connection between fuel moisture and fires uncovered a paradox: a wet winter corresponds to more small wildfires in the following fire season, not fewer, as is commonly assumed. Large fires behave more “logically,” with fewer large fires after a wet winter and more after a dry one. “This is

Along with the larger forces of climate change, another contributing factor to the fierce wildfires in California has been the dry soil conditions. Light rainfall, combined with heavy use of aquifers by large farms, has created perfect conditions for an inferno. Stories of homeowners saving their homes by turning on sprinklers remotely are not as

Ardent Management Consulting to Donate up to 100 hours of Free GIS-based, Professional Aerial Imagery in Support of Fire Recovery Operations in Northern California

RESTON, Va. – Ardent Management Consulting (ArdentMC) has announced today that they have launched a drone initiative to offer free aid in wildfire ravaged areas of Northern California. The two-week initiative will aid in damage assessment in Napa through the use of GIS technology. Wild Fire Relief ArdentMC is dedicated to helping assess damage and restoring