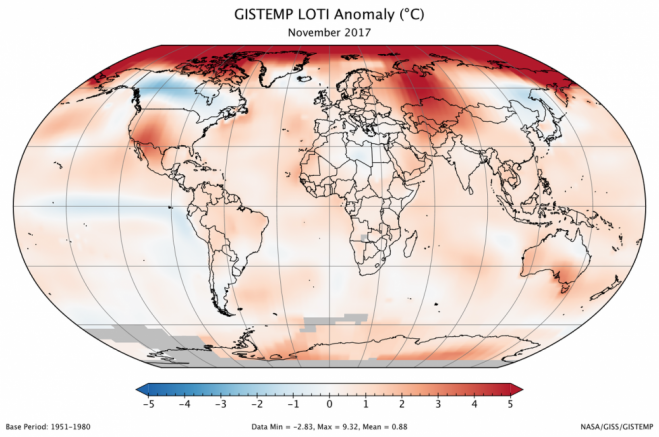 NASA, the National Oceanic and Atmospheric Administration (NOAA), and the U.S. Geological Survey (USGS) should join forces to track changes in Earth’s temperature, according to a federally funded study on climate change. The three agencies should implement “a coordinated approach for their space-based environmental observations to further advance Earth science and applications for the next decade,” according to a new study released by the National Academies of Sciences and funded by the three agencies.

“Changes in climate, air quality, water availability, and agricultural soil nutrients are largely being driven by humans,” said Bill Gail, co-chairman of the committee that conducted the study. “Embracing this new paradigm of understanding a changing Earth and building a robust program to address it is a major challenge for the coming decade.”

The report recommends building a “robust, resilient, and balanced Earth observations program from space to enable the agencies to strategically advance the science and applications with limit budgets and resources.”