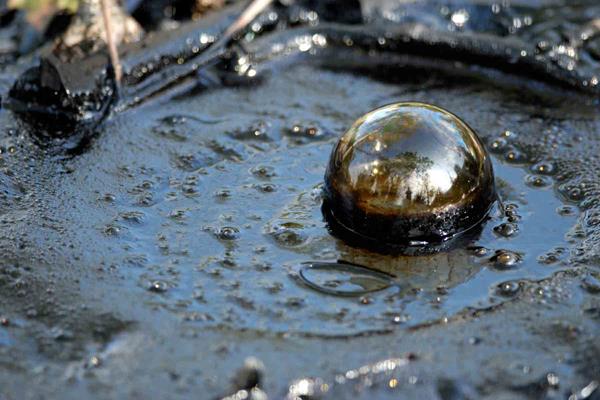 The greenhouse gas methane is found in the ground and air, with atmospheric emissions significantly escalating over the last 10 years. (Credit: Martin Shields)

In research published in the Journal of the American Chemical Society, chemists at USC Loker Hydrocarbon Research Institute say they have found a way to help utilize this abundant and dangerous greenhouse gas, which is generally burnt or flared to produce energy.

Among common greenhouse gases, carbon dioxide often is cited as the largest culprit for trapping heat on earth, contributing to climate change. However, it’s not the most potent. That distinction belongs to methane. According to the Intergovernmental Panel on Climate Change, methane traps heat and warms the planet 86 times more than carbon dioxide over a 20-year horizon.

The researchers’ simple method of converting methane directly to ethylene and propylene, or olefins, would replace what are traditionally difficult, expensive and inefficient processes that add greenhouse gases to the atmosphere. The majority of ethylene and propylene is produced from petroleum oil and shale liquid cracking, which consumes enormous amounts of energy.

When USC’s first Nobel Prize winner, George Olah, converted methane to olefins in 1985, the process required three steps. Since then, researchers have reduced it to two steps, but the Loker team is the first to realize the conversion with a single catalyst based on zeolites.

Contributing to the global surge is the increased supply of livestock and rice fields in countries such as India and China, the two leaders in total methane output, according to the World Bank.