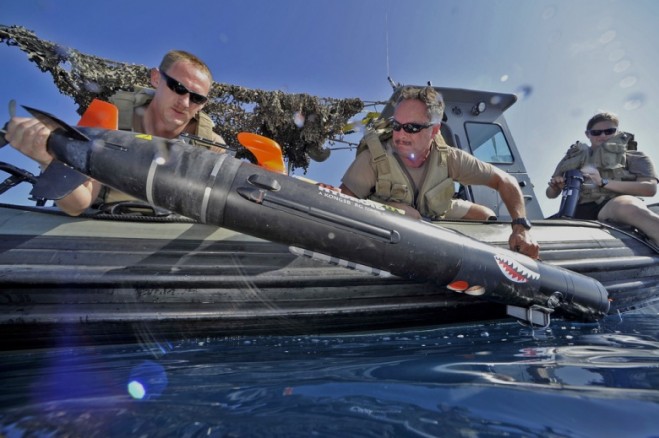 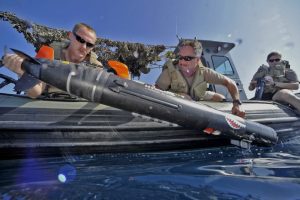 The Office of Naval Research has been using “sea glider” UUVs to assess the temperature and salinity of water columns. (Credit: Scout Warrior)

The Chinese seizure of a U.S. underwater drone in waters near The Philippines is raising international concern as well as highlighting the growing strategic and tactical significance of unmanned underwater vehicles (UUVs).

According to a statement from Pentagon spokesman Peter Cook, “Using appropriate government-to-government channels, the Department of Defense has called upon China to immediately return an unmanned underwater vehicle that China unlawfully seized on Dec. 15 in the South China Sea while it was being recovered by a U.S. Navy oceanographic survey ship.”

Cook’s statement went on to specify that the Chinese seized an unclassified “ocean glider” system used to gather military oceanographic data such as salinity, water temperature and sound speed. The UUV was conducting routine operations in accordance with international law, Cook added.

“Although the U.S. likely leads the world in unmanned underwater vehicle development, the platform is in the earliest stage of development and hasn’t yet attracted the investment of the more-mature aerial platforms,” said  Eric Gillespie, CEO of analytics firm Govini, in a written statement. “As a result, the seizure is significant because it potentially reveals technology that represents the seeds of a future advanced capability.”