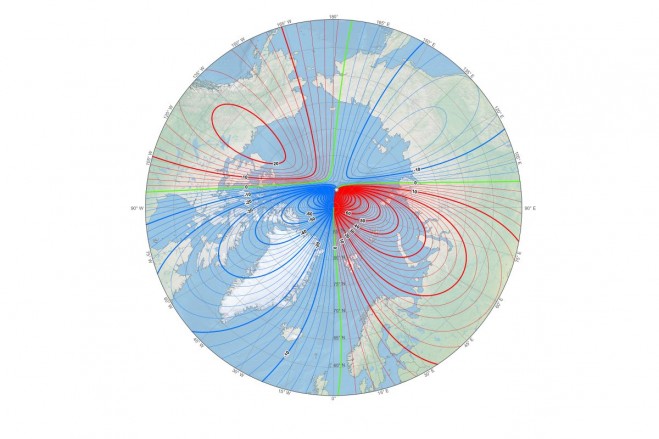 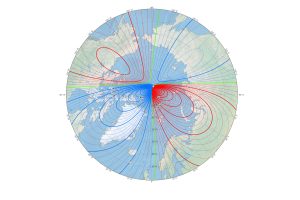 This map shows the location of the north magnetic pole (white star) and the magnetic declination (contour interval 2 degrees) at the beginning of 2019. (Credit: NOAA NCEI/CIRES)

Earth’s northern magnetic pole is moving quickly away from the Canadian Arctic toward Siberia. This movement has forced National Centers for Environmental Information (NCEI) scientists to update the World Magnetic Model (WMM) mid-cycle.

Typically, a new and updated version of the WMM is released every five years. With the last release in 2015, the next version is scheduled for release at the end of 2019. Due to unplanned variations in the Arctic region, scientists have released a new model to more accurately represent the change of the magnetic field between 2015 and now.

This out-of-cycle update before next year’s official release of WMM2020 will ensure safe navigation for military applications, commercial airlines, search and rescue operations, and others operating around the North Pole.