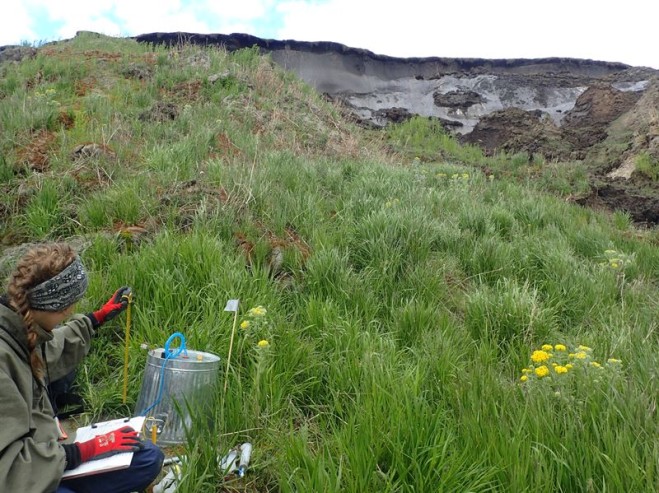 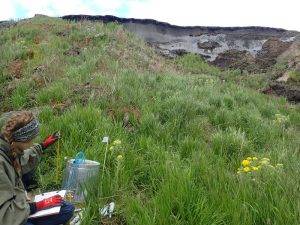 A previously unknown source of the strong greenhouse gas nitrous oxide has been found in East Siberian Yedoma permafrost. Published in Nature Communications, the observation was made by an international group of researchers, with the lead of researchers from the University of Eastern Finland.

Nitrous oxide (N2O) is the third-most important greenhouse gas after carbon dioxide and methane, and per unit mass an almost 300 times stronger warming agent than carbon dioxide. It is produced in soils as a result of microbial activity. The discovery of nitrous oxide release from the late-Pleistocene-aged Yedoma permafrost is important due to the large area of the Yedoma region, and its large carbon and nitrogen stocks and high ice content, which makes it vulnerable for abrupt thaw. The nitrous oxide emissions from thawing permafrost represent a poorly known, but potentially globally significant positive feedback to climate change. Overall, the consequences of nitrogen release from permafrost for Arctic ecosystems have been insufficiently studied and remain poorly understood.

Usually, high nitrous oxide emissions occur from agricultural soils, where the availability of mineral nitrogen is high because of nitrogen fertilization and other management practices. Since the nitrogen cycling in cold Arctic soils is slow, they have previously been regarded as unimportant nitrous oxide sources. Based on accumulating evidence during the past years, however, this is not always true: nitrous oxide release has been found to be a common phenomenon in permafrost-affected soils, and the emissions increase with warming, disturbed vegetation cover and permafrost thaw.