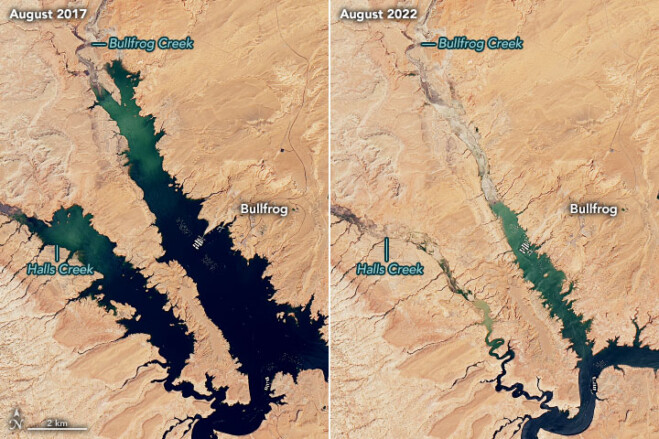 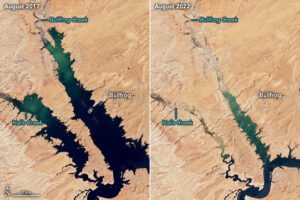 The second-largest reservoir in the United States now stands at its lowest level since it was filled in the mid-1960s. The view from above is sobering.