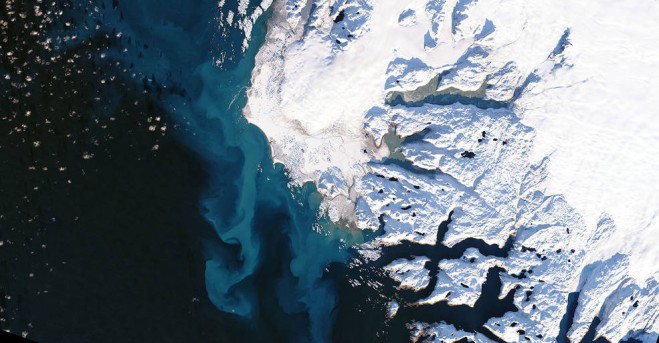 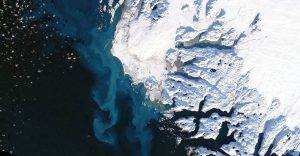 Meltwater from Greenland glaciers like the one pictured can contribute significantly to sea-level rise. Sentinel-6 Michael Freilich monitors the height of Earth’s oceans so researchers can better understand the amount and rate of sea-level rise. (Credit: NASA Earth Observatory using Landsat data from USGS)

Launched from Vandenberg Air Force Base in November 2020, the satellite is continuing a nearly 30-year legacy started by the TOPEX/Poseidon satellite, which began its mission to measure sea-surface height in the early 1990s. A series of successor satellites have carried on the effort since then, with Sentinel-6 Michael Freilich being the most recent. Its twin, Sentinel-6B, is slated to launch in 2025.