July 29th, 2013
The Rise of the [Geospatial] Machines Part 1: The Future with Unmanned Aerial Systems (UAS) 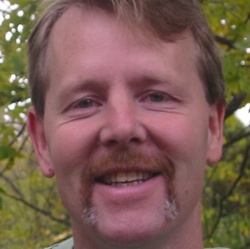 You order a pizza for delivery. Later your cell phone rings and the voice says “your pizza is at the door”. You reach out and remove the pizza from the unmanned aerial drone, it retrieves payment from your NFC-enabled device, gives you a receipt, and flies off.

A technological earthquake is coming. Warring robots are bringing home a new wave of high tech wizardry. Geospatial paradigms are about to change. Powerful socio-economic and political pressures are bearing down to squeeze diamonds from unmanned aerial systems (UAS). As Google Earth brought web mapping to the masses, UAS will bring mapping into every facet of our lives and work. Remote sensing has been proprietary and expensive. UAS will make it unrelenting and ubiquitous. Our lives and businesses will change. Our 21st century skies are about to become animated like the Jetsonian skies of 2062.

Both autonomously-controlled and remotely piloted UAS promise to have broad implications for our society, the economy, and for existing remote sensing businesses. Over the last several years we have seen tremendous applications of UAS around the world that promise to benefit society. They are being used responsibly in precision agriculture; search and rescue; and for surveilling wildlife; hazardous environments like forest fires, nuclear reactors, armed men. These are low hanging fruit for this technology, the tip of the iceberg of future commercial applications.

The promise of UAS is threatened by the trammels of regulation within the U.S. Federal Aviation Administration (FAA). Legislation in 2012 mandated the full integration of UAS in 2015 into the national airspace for Civil / Commercial use of UAS. Few believe the FAA will meet this deadline due to bureaucratic farcicality pivoting around privacy and fourth amendment concerns that have arisen in the last several years. Like the plow that came before it, too many people choose to envision only the threats to privacy and personal security from the improper use of these amazing technologies and neglect to envision the great good that they will enjoin.

Predictably, the stakeholders with billions of dollars of investments in drones and those eager to unleash commercial applications are deeply concerned by the delays. Years before this legitimate commercial activity can begin in the U.S., large business opportunities exist (Table 1). According to Oxera, the geospatial industry is growing at 30% per annum globally and generated $75B in revenues in 2011, 500k high wage jobs. Geospatial services drive $1.6T in revenue and are used on a daily basis by about 5.3M workers. In foreign countries that currently allow the commercial use of UAS, remote sensing markets continue to grow. The combination of four key technologies: miniaturization, communications, positioning and orientation systems, and remote sensing (EO and Lidar) technologies, promise to be a disruptive shock to the geospatial and remote sensing markets in the U.S. What threats could these robots have on the remote sensing and geospatial professions? What amazing and lucrative opportunities might arise for those innovative entrepreneurs and geospatial practitioners that successfully envision new business models and exploit revolutionary technology?  This three-part article will explore what these new, disruptive technologies may look like ten years out and what impacts they could have on existing business models especially in the geospatial profession.

This vision of the future is, of course, limited and depicts only one of many possible futures. These musings of a practitioner are more about beginning a serious discussion than about predicting future. It is becoming increasingly clear that UAS technology will alter the business or social landscape not only in the geospatial realm but also in many others. This revolution will disrupt the status quo, alter the way people live and work, and shift pools of business value. It is therefore critical that business and policy leaders understand why these technologies will impact them and prepare accordingly.

The UAS disruption to geospatial and remote sensing is likely to proceed in waves over the next 10 years. The initial wave will be the erosion of current markets and the growth of many new markets by persistent, high resolution (12” or better GSD) microsatellites that promise “currency” of imagery and far more flexible than current satellites. Microsatellites are not typically considered UAS, but are included in this discussion because of their potential and significant near-term impact on geospatial and remote sensing.

Then over the next five years the application of small UAS (sUAS) will further disrupt geospatial markets. Today, our commercial application of UAVs is extremely limited: small vehicles (<25 lbs), limited duration (15-60 min), and line-of-sight operation limited to non-populated areas only. The FAA may not require sUAS to integrate the sense and avoid technology that will be critically important for the safe integration of large UAS into the national airspace. Therefore, the growth of sUAS will not be significantly thwarted by the slow adoption of this technology. However, it will, certainly be perturbed by overly restrictive legal and regulatory environments. But within this period non-geospatial professionals in a variety of new markets will be enabled to affordably create basemap products (orthophotography and digital elevation models) of small areas (less than 500 square miles) in a highly automated fashion.

The final wave, 5-10 years out, will be the adoption of large UAS that will enable large-area, persistent and highly automated unmanned mapping. This will be highly dependent upon the adoption of sense and avoid technology, sensible regulation, and a favorable legal environment.

Amara’s law says “we overestimate the impact of technology in the short-term and under-estimate it in the long-term.” It is unlikely UAS will replace current remote sensing technologies. Much like TV was touted to kill radio, then internet was to kill newspapers (although we may be witnessing this finally), and Amazon.com was to destroy brick and mortar stores, the reality generally turns out different. A new technology can be “disruptive” and still allow older technologies and business models a relevant place in society within what evolves to be more complex markets… at least for a while. Assuming we achieve the full integration of UAS into the national airspace (NAS), there may be a need for traditional remote sensing companies (manned flight with large, metric sensors) in the future. They are likely, however, to occupy a fraction of the market they do today.

The flip side of Amara’s Law also speaks to the coming future shock: “we often under-estimate the impact of technology in the long-term”. Paradigm shifts are often more catastrophic to existing businesses stuck in the “old” paradigm than companies that are born after the disruption. Kodak actually invented in 1975 their industry’s disruptive technology – the digital sensor. However, they made +60% margins on film and chemicals and anticipated only 15% margins on digital cameras (see this Forbes case study). They couldn’t “see” through the “silver curtain” to a world of digital sensors. They failed to emphasize digital photography for decades … until it was too late. Today, the company, synonymous with modern photography, is gone! Similar disruptions caused by Thomas Edison’s invention of the first commercially practical incandescent light bulb and the first scalable distribution of electricity spelled similar doom to many businesses in the late 19th and early 20th century.

Today’s geospatial and remote sensing companies will suffer a similar fate if they cannot pull the “curtain” off their eyes and find the “silver” in the coming rise of flying sensing robots. Clay Christensen speaks of the innovator’s dilemma in that it’s very difficult for large, established companies to keep innovating. They often can’t see “beyond the curtain” or muster the courage to disrupt their existing revenue streams. Kodak, newspapers, cable TV, and brick and mortar stores all exemplify this dilemma. Unless and until traditional remote sensing companies and many disciplines within the geospatial services profession consider UAS as fundamentally transformative, they will be condemned to a strategically flawed path. Likewise, as new rapacious innovators unhindered by today’s remote sensing paradigms seize upon UAS technologies, a plethora of new opportunities will be discovered.

To catch a glimpse of what may be approaching with unmanned flying systems, consider the driverless car. In 2008 a state-of-the-art driverless car could go two blocks on its own on a closed course at 25 mph. But by 2012, the driverless car could operate in real-world conditions at 75 mph and autonomously navigate notoriously stressful urban interchanges. Once the commercial UAS market opens up, we will see a rapid convergence of the four key technologies (flight, remote sensing, communication, position, and computing) that will seem “magical” from our vantage point today.

A few years ago remote sensing firms could market “position and orientation” with each aerial frame using GPS and inertial measurement units. Today, this is no longer a competitive advantage but an industry expectation. Today, we market our amazing 3D constructs of reality from remotely sensed data. Tomorrow, the expectation of realistic 3D all the time from our flying platforms will be the norm. We are approaching an age that I refer to as “Ubiquitous Remote Sensing (URS)”. Three-dimensional mapping will be conducted continuously almost everywhere at engineering scales. Miniaturization will make this possible and remote sensing gear will be put into everything. Our cars will map the roads as we drive (if we are driving the car!), farmers will map their crops anytime more easily than they now plow. Cities and counties will update their 3D maps as changes occur using inexpensive UAS technologies that they own and operate (or perhaps procure as a service).

Today, it is inconceivably expensive to ponder continuously updated imagery and 3D maps across vast areas like the continental U.S. But when vast networks of inexpensive and adaptive flying cameras (remote sensing platforms) are always operating and networked with each other and with the processing center, this scenario seems much more plausible. Or consider unmanned platforms operating at 60,000′ (or even microsatellites in low earth orbit) above all commercial passenger traffic. They will remain aloft for days or weeks and continuously capture high resolution photography across vast areas of cloudless geography. Rich information will be beamed down in real time to Google, Microsoft, and Apple geographers for publication to their solutions.

What do traditional aerial photography and remote sensing firms do when one company’s fleet (or more aptly “network”) of unmanned sensing platforms perform all their current operations at less than half the cost, at higher resolution, and in less time? As more capable UAS are deployed in different markets, the rapid basemap production and the ability to provide streaming maps in real-time, will provide superior temporal accuracy data and better decision-making by GIS analysts and management.

The robots will learn from each other about current conditions and self-organize to exploit the best weather in the highest priority geographies. Users that now consider annual updates of their local world sufficient will realize basemap updates of their pipeline or new subdivision whenever they are needed via a simple, inexpensive purchase and “immediate” (hours or days not weeks) delivery to their geographic information system (GIS). This will mark an important shift from aerial imagery used only as a traditional GIS basemap to that of an “operational” layer. This in turn will spawn a number of new opportunities from data acquisition and processing to analysis and application. How will access to this spatial and temporal high resolution information revolutionize geospatial services? What plethora of new products and services will be invented to leverage this treasured information? New opportunity is ripe. Threats to current business models are hard, cutting, and cold.

In Part 2 of this series, specific new sensing technologies will be examined and their influence on the future landscape inferred. The relevance and meaning of threats from regulation and public fears will be discussed. Part 3 will discuss some of the amazing opportunities that may arrive in the next 5-10 years that promise to transform a multi-billion dollar segment our economy and much of geospatial markets.