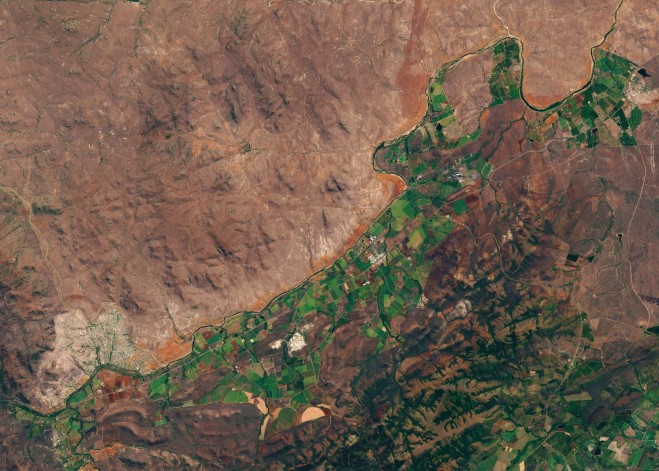 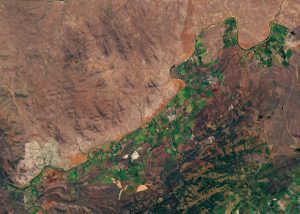 Farms along the Crocodile River use water to irrigate crops (Credit: ESA).

Some 20 year ago, in response to severe water shortages, the South African government passed the National Water Act, which is intended to restrict the amount of water farmers use for irrigation. However, ensuring farmers only take the water to which they’re entitled is tricky.

Maurits Voogt, who works for HydroLogic, a relatively small company based in Amersfoort in the Netherlands, says: “It is a major task to monitor and enforce the legal use of water in places where there are limited qualified personnel available, and the areas that need to be monitored are huge.

“We have developed a smart, satellite-based water-auditing service as part of ESA’s programme of Advanced Research in Telecommunications Systems (ARTES). It allows water management authorities to monitor irrigated water use in large areas without actually needing to visit every single farm.”

Combined with rainfall data from rain gauges and satellites, this evapotranspiration data is used to calculate how much water is used for irrigation. The application automatically compares the water use with data taken from a national water use register that lists the amount of water allocated to each farm.

In a pilot project, staff from HydroLogic and eLEAF used the technology to study irrigated water use for more than 50,000 fields covering some 40,000 square kilometers—about the area of the Netherlands.

The team analyzed a handful of farms to confirm that the system could identify which farms had used large volumes of water compared to their neighbors.