Implementing new software can be like a leap in the dark. You have to have faith that the team will pick it up quickly or else productivity will dip. But, let’s face it, nobody is ever very enthusiastic about learning something new when they are under pressure. You might be prescient enough to see what is needed – but it can be an uphill struggle to get others to buy into what they see as a major upheaval.

Yet, at the same time, the need to share data is becoming ever more acute. Despite all the talk about the integration of GIS and CAD, relatively few organisations have achieved it. Data is still stored in many locations – desktops, file servers, CAD servers, GIS servers and web servers – and the same information is managed, stored and used by different people across departments with engineers, GIS specialists and IT personnel all doing their own thing, duplicating effort and possibly corrupting data in the process.

It’s a few years now since Autodesk launched its mapping software, but only recently that it has renamed it AutoCAD Map 3D (rather than Autodesk Map 3D) to underline the fact that the product is specifically designed to address the kind of problems AutoCAD users face when solving geospatial challenges and is based on the AutoCAD platform. But is it really worth upgrading? What can Map 3D do that AutoCAD can’t? Will the improvements be worth the investment? Let’s examine the five most common problems when designing geospatial infrastructure with AutoCAD and consider how Map 3D can help: 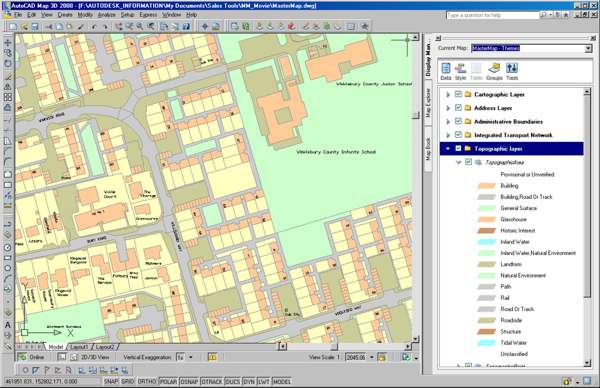 1. The ability to communicate data…
The problem when different disciplines – such as GIS experts and engineers – work together is that they talk a different language; sometimes literally, but always virtually. Sometimes the problem is just that the work crosses different departments. Data is supplied in various formats and different standards applied and expensive proprietary middleware is needed to translate. The whole process often generates errors, reducing productivity and can lead to expensive mistakes.

For example, information used by a GIS team in planning and analysis is frequently recreated by engineers in the design phase. Similarly, GIS professionals find ways to import CAD information into their systems, but often find data stripped of much of its valuable engineering detail and attribution – such as text and dimensioning – that exists in CAD drawings but isn’t preserved or read by GIS applications. Time is wasted as data is rebuilt even though up-to-date versions do exist, albeit in a different format. 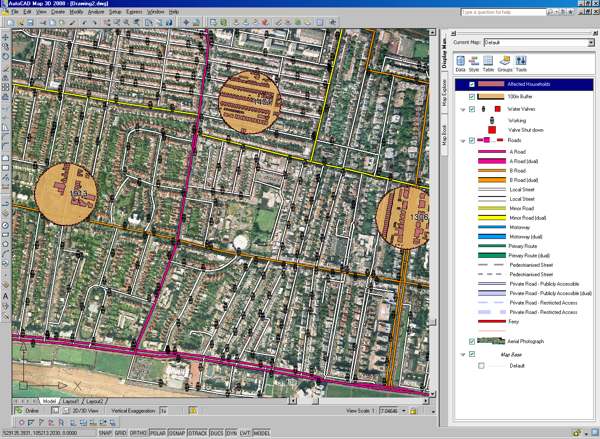 This new peoduct, however, enables user to natively access the most commonly used sources of spatial data such as ESRI, SHP files, ArcSDE and Oracle databases so users can work with their existing systems and comply with industry standards. For example, engineers can access data previously locked up in the GIS department, while providing the best CAD tools available to edit native geospatial data. With native data access, no data is lost in translation, thereby, reducing error propagation and duplicate data sets, managing and accessing and most current information.

2. … And to work concurrently
The more accessible the data becomes, the more people want to use it. The situation may well arise where multiple users need simultaneous access to a drawing to avoid bottlenecks or a breakdown in workflow. This can lead to discrepancies between different versions and needs careful monitoring and managing to ensure outdated data isn’t used and mistakes perpetuated.

One of the strengths of the software is multi-user editing capabilities, especially multi-user DWG file format editing. Using the software’s query functionality, multiple users can access and edit the same sets of files or base maps simultaneously. All functions remain available to all users throughout the process. This efficient and reliable way to share maps and data between users, reduces the need for version control and minimises time wasted waiting for data sets. 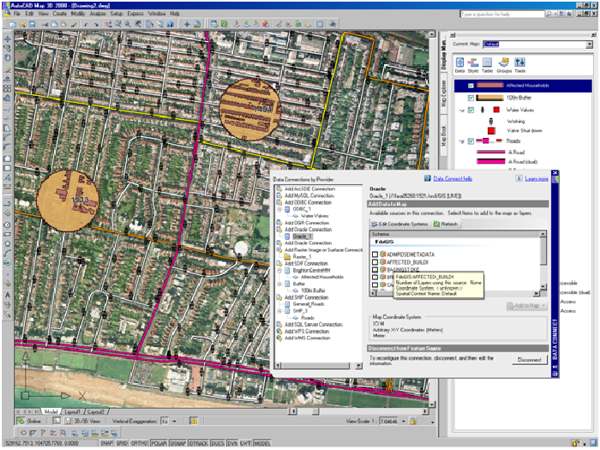 3. Explaining ideas
As more people begin to be able to access and utilise data, more again will want to view and analyse it. This makes it all the more vital to be able to communicate ideas effectively and move beyond basic maps to advanced cartography and presentations.

AutoCAD Map 3D enables users to stylise data in a variety of forms, highlight specific features or information with cartographic capabilities such as theming, dynamic labelling, transparency, the integration of satellite imagery and aerial photography and more.

With a full RDBMS, organisations get more scalability, as well as added security and the ability to create more sophisticated data models. Using FDO Data Access Technology, Autodesk’s geospatial data access platform, Map 3D works natively with spatial data stored in Oracle, Microsoft SQL Server, and MySQL, as well as with ESRI’s ArcSDE middleware. As a result, users are able to fully use the security, scalability, sophisticated data models and multi-user read/write power of an RDBMS. 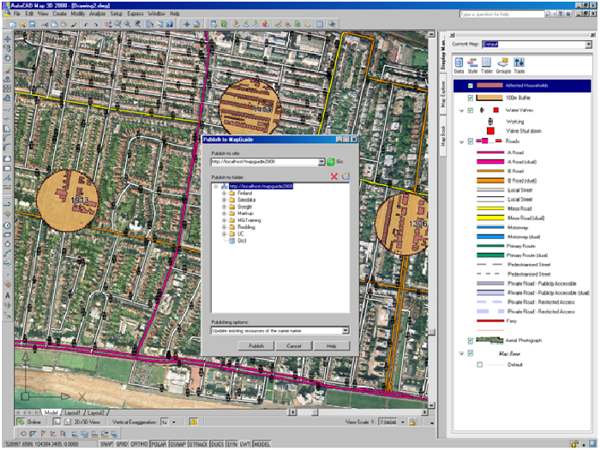 AutoCAD users currently bringing together legacy drawings and spatial data from many sources – for example, Ordnance Survey map data, survey data and geographic information – often find it a cumbersome process. However, when an object is created using AutoCAD Map 3D object classification, the object automatically takes its properties and values from its object class, matching standards and maintaining consistency throughout the entire drawing set. By simply applying a classification to a new or existing object, users can be confident it meets their standards for both data and display.

Dominic Jukes is employed at Autodesk in Europe.