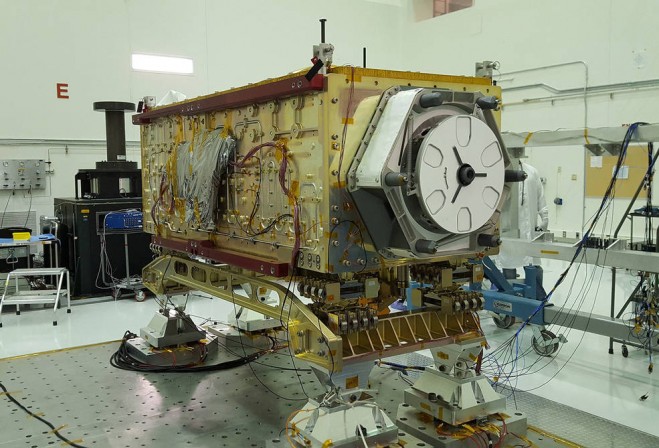 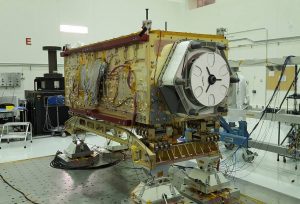 OCO-3 sits on a large vibration table in the Environmental Test Lab at the Jet Propulsion Laboratory. (Credit: NASA/JPL-Caltech)

When the Orbiting Carbon Observatory 3 (OCO-3) heads to the International Space Station, it will bring a new view to studies of Earth’s carbon cycle. From its perch on the space station, OCO-3 will observe near-global measurements of carbon dioxide on land and sea, from just after sunrise to just before sunset. That makes it far more versatile and powerful than its predecessor, OCO-2.

“OCO-2 revisits areas on Earth at roughly the same time of day due to its sun-synchronous orbit,” said Matt Bennett, OCO-3’s project systems engineer at NASA’s Jet Propulsion Laboratory in Pasadena, Calif. “OCO-3 will expand the time period of that coverage and observe the presence of carbon dioxide at varying times of day.”

Since the space station orbits Earth every 90 minutes, OCO-3 will complete 16 passes a day. The OCO-3 space instrument is the immediate successor to OCO-2, which has been studying carbon dioxide distribution, and detecting emission hotspots and volcanoes since 2014.

OCO-3’s new capabilities depend heavily on an innovative swiveling mirror assembly, which Bennett described as a “very agile pointing mechanism.” The pointing assembly uses two pairs of mirrors to rotate in two complementary directions—one parallel to Earth’s surface, the other perpendicular. This setup allows OCO-3 to point to just about anywhere within view of the space station but also allows it to capture detailed mini-maps of carbon dioxide over areas of interest.