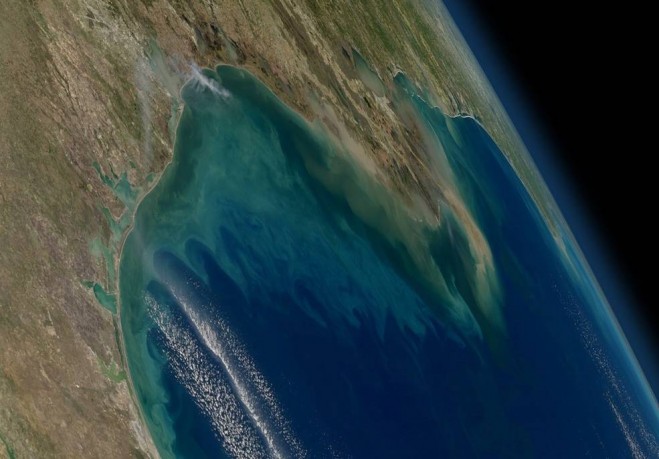 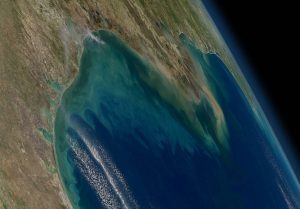 NASA’s Geosynchronous Littoral Imaging and Monitoring Radiometer (GLIMR) instrument will collect high-resolution observations of coastal ecosystems in such areas as the northern Gulf of Mexico, shown in this image with phytoplankton blooms stretching from the Texas and Louisiana coast (left) across the Mississippi River delta (center) toward Florida (far right). (Credit: NASA)

The selected Geosynchronous Littoral Imaging and Monitoring Radiometer (GLIMR) instrument, led by principal investigator Joseph Salisbury at the University of New Hampshire, Durham, will provide unique observations of ocean biology, chemistry, and ecology in the Gulf of Mexico, portions of the southeastern United States coastline, and the Amazon River plume—where the waters of the Amazon River enter the Atlantic Ocean.

“This innovative instrument from the University of New Hampshire, selected by NASA, will provide a powerful new tool for studying important ecosystems,” said NASA Administrator Jim Bridenstine. “Its findings also will bring economic benefits to fisheries, tourism, and recreation in the coastline area.”

The instrument was competitively selected from eight proposals considered under NASA’s fifth EVI solicitation released in 2018, with an award of $107.9 million. This is the largest NASA contract award in the history of the University of New Hampshire. Salisbury and his team have proposed the instrument as a hosted payload, for which NASA will provide access to space.