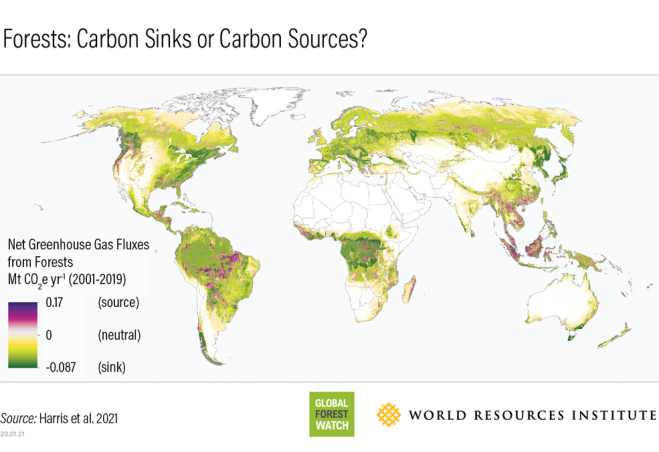 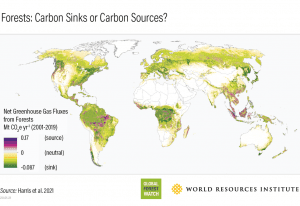 A world map shows forested regions that are sources of carbon emissions (purple) and where they are carbon sinks (green), or areas that absorb and store carbon from the atmosphere. (Credit: Harris et al. 2021 / Global Forest Watch / World Resources Institute)

Using ground, airborne and satellite data, a diverse team of international researchers—including NASA scientists—created a new method to assess how the changes in forests during the last two decades impacted carbon concentrations in the atmosphere.

In addition to better understanding the overall role of forests in the global carbon cycle, the scientists were also able to distinguish between the contributions of various forest types, confirming that among forests, tropical forests are those responsible for the largest component of global carbon fluctuations—both absorbing more carbon than other forest types, and releasing more carbon into the atmosphere due to deforestation and degradation.

Through photosynthesis, forests absorb carbon dioxide from the atmosphere to produce oxygen, complementing the collective breathing of other life on Earth that inhales oxygen and expels carbon dioxide.