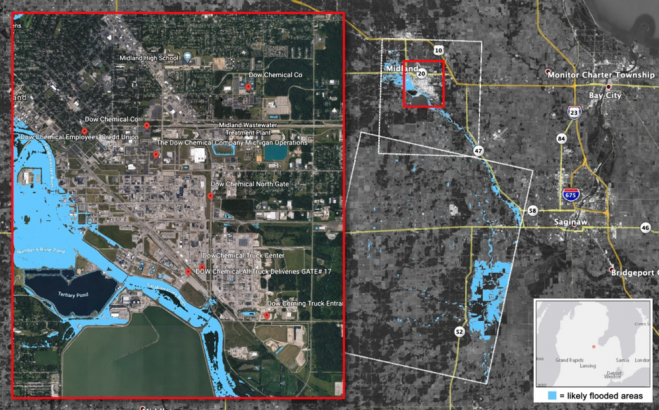 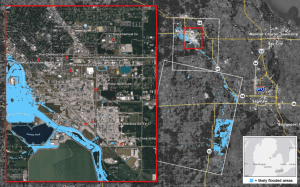 This Flood Proxy Map shows areas that were likely flooded in Midland City, Mich., due to the failure of the Edenville and Sanford Dams. (Credit: NASA JPL ARIA, NCU, Planet Labs, Google)

In a decade filled by record-breaking events, including raging wildfires, numerous hurricanes, unseasonal flooding and historically cold temperatures, NASA has continued to learn more about how the planet is changing and the effect it has on Earth’s systems.

In the satellite era, a fleet of Earth-observing satellites have gathered data on worldwide rain and snowfall, air and ocean temperatures, air quality, land use, and land cover, along with myriad other phenomena that enable researchers and decision makers to study the connections among changes in climate, environment and society. For vulnerable communities, these changes can create new risks.

Scientists use a number of databases to measure different facets of the Earth system, from surface temperature to humidity levels. NASA’s Earth Observing System Data and Information System (EOSDIS) provides long-term data records that can help with climate research.