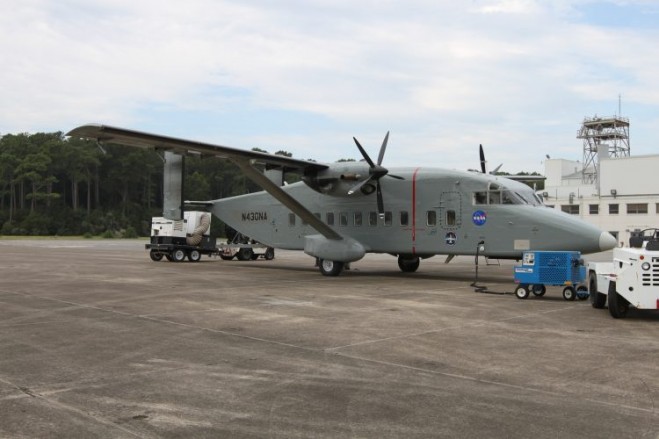 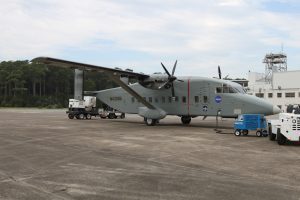 During CARAFE flights, a NASA C-23 Sherpa aircraft from the Wallops Flight Facility will fly trajectories at various altitudes, with the lowest being 500 feet above vegetation or water.

NASA is conducting low-level aircraft flights measuring greenhouse gases over the U.S. mid-Atlantic region for the CARbon Airborne Flux Experiment (CARAFE), which will measure the exchange of greenhouse gases such as carbon dioxide and methane between Earth and the atmosphere. Water vapor, temperature and vertical wind measurements also will be taken.

“The direct measurements of the atmospheric interchange of these greenhouse gases will allow us to demonstrate the capability of the new instrument system being flown,” said Randy Kawa, experiment principal investigator from NASA’s Goddard Space Flight Center in Greenbelt, Md. “It also will allow us to better understand the exchange processes in this area and compare and apply the data to existing atmospheric and ecosystem models.”

The flights will be conducted over the Pocomoke Forest area on the Eastern Shore of Maryland; agricultural areas and tidal marshlands from the Eastern Shore of Virginia to southern Delaware; southern Maryland; the Chesapeake Bay and the Atlantic Ocean; the New Jersey Pine Barrens in the southern portion of the state; and the Alligator River and the Great Dismal Swamp in eastern North Carolina and southeastern Virginia.