January 4th, 2016
Millions of California Trees in Danger from Drought 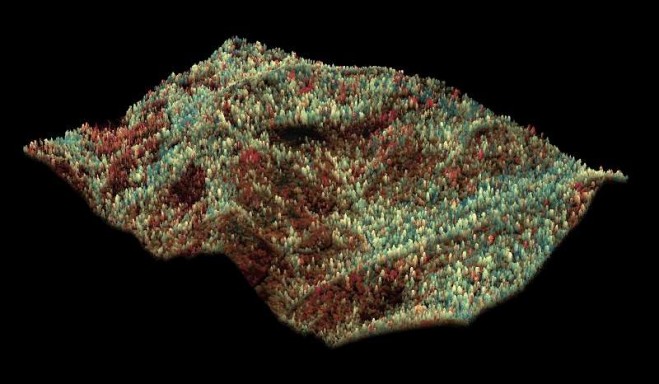 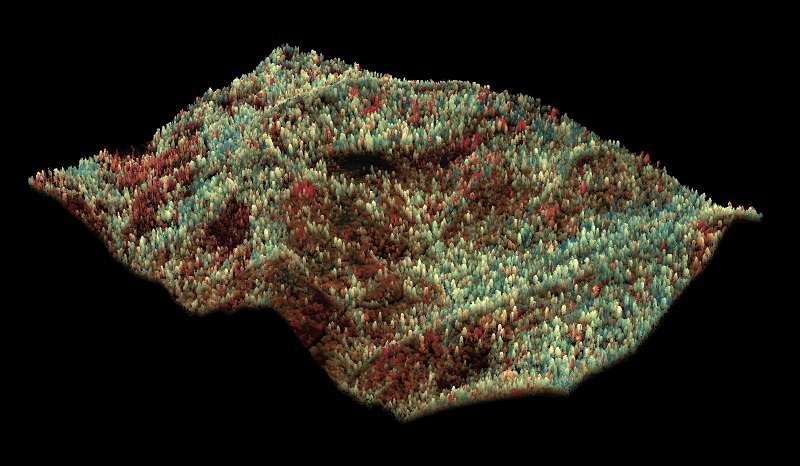 California’s forests are home to the planet’s oldest, tallest and most-massive trees. New research from Carnegie’s Greg Asner and his team reveals that up to 58 million large trees in California experienced severe canopy water loss between 2011 and today due to the state’s historic drought. Their results are published in Proceedings of the National Academy of Sciences.

In addition to the persistently low rainfall, high temperatures and outbreaks of the destructive bark beetle increased forest mortality risk. But gaining a large-scale understanding a forest’s responses to the drought, as well as to ongoing changes in climate, required more than just a picture of trees that have already died.

A higher-tech approach was necessary; so Asner and his team used the laser-guided imaging spectroscopy tools mounted on the Carnegie Airborne Observatory (CAO) to measure the full impact of the drought on California’s forests for the first time. They combined the CAO data with more-traditional satellite data going back to 2011.

Their new approach revealed a progressive loss of water in California’s forest canopies over the four-year span. Mapping changes in canopy water content tells scientists when trees are under drought stress and greatly aids in predicting which trees are at greatest death and fire risk.

“California relies on its forests for water provisioning and carbon storage, as well as timber products, tourism, and recreation, so they are tremendously important ecologically, economically, and culturally,” Asner explained. “The drought put the forests in tremendous peril, a situation that may cause long-term changes in ecosystems that could impact animal habitats and biodiversity.”

The team’s advanced tools showed that about 41,000 square miles (10.6 million hectares) of forest containing up to 888 million large trees experienced measurable losses of canopy water between 2011 and 2015. Of this group, up to 58 million large trees reached water loss thresholds that the scientists deemed extremely threatening to long-term forest health. Given the severity of the situation, even with increased precipitation due to El Nino, if drought conditions reoccur in the near future, the team predicts that there would be substantial changes to already significantly weakened forest structures and systems. 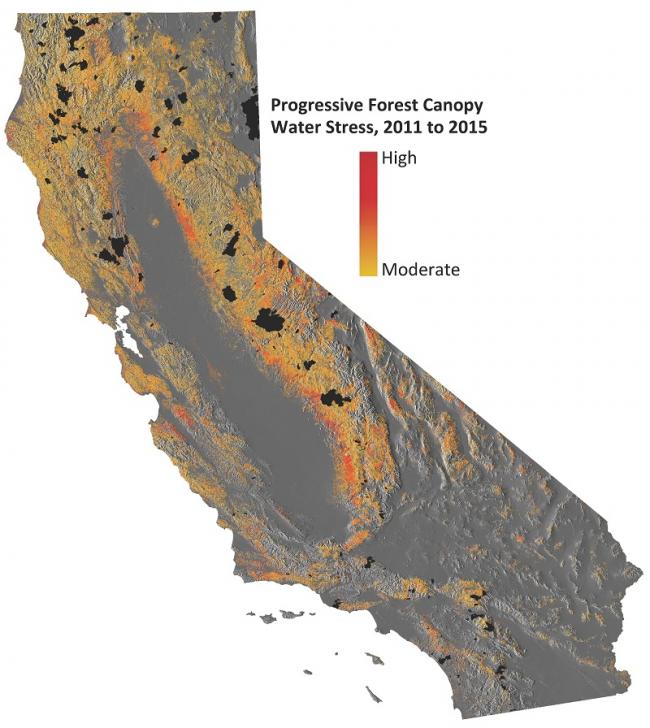 Progressive forest canopy water stress in the state of California from 2011 to 2015, courtesy of Greg Asner.

“The Carnegie Airborne Observatory’s research provides invaluable insight into the severity of drought impacts in California’s iconic forests. It will be important to bring their cutting-edge data and expertise to bear as the state seeks to address the effects of this epidemic of dying trees and aid in the recovery of our forests,” said Ashley Conrad-Saydah, deputy secretary for climate policy at the California Environmental Protection Agency.

Since day one of CAO flight operations, Asner has been engaged with forest managers and officials from the California EPA and Department of Forestry and Fire Protection to inform decision-makers on the severity of forest water losses from the drought and beetle outbreaks. The team’s results also helped motivate the California governor’s recent proclamation of a state of emergency for dead and dying trees across the state. The latest CAO maps of forest vulnerability were recently transmitted to both state and federal partners.

“Our high-resolution mapping approach identifies vulnerable trees and changing landscapes,” Asner added. “Continued airborne and satellite monitoring will enable actions on the ground to mitigate a cascade of negative impacts from forest losses due to drought, as well as aid in monitoring forest recovery if and when the drought subsides.”