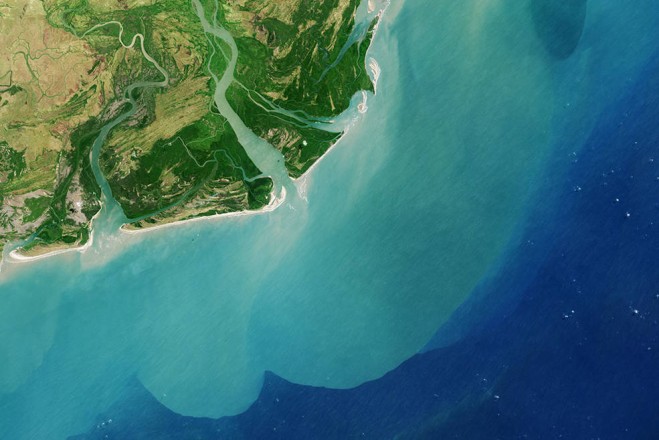 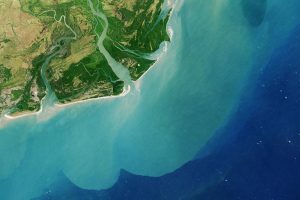 Coastal areas around the world—such as the Zambezi River Delta shown in a Landsat 8 satellite image—are contending with the consequences of a warming planet, including droughts and floods in addition to changing sea levels. (Credit: NASA Earth Observatory)

Over the course of nearly three decades, an uninterrupted series of satellites has circled our planet, diligently measuring sea levels. The continuous record of ocean height that they’ve built has helped researchers reveal the inner workings of weather phenomena such as El Niño and to forecast how much the ocean could encroach on coastlines around the world. Now, engineers and scientists are preparing two identical satellites to add to this legacy, extending the dataset another decade.

Both spacecraft are a part of the Sentinel-6/Jason-CS (Continuity of Service) mission, a U.S.-European collaboration that aims to make some of the most accurate measurements of sea levels around the world. The first satellite to launch, Sentinel-6 Michael Freilich, will lift off in November 2020. Its twin, Sentinel-6B, will launch in 2025. Both will assess sea levels by sending electromagnetic signals down to the ocean and measuring how long it takes for them to return to the spacecraft.

Measuring the height of the ocean gives scientists a real-time indication of how Earth’s climate is changing, said Josh Willis, the mission’s project scientist at NASA’s Jet Propulsion Laboratory in Southern California. The oceans absorb about 90 percent of the excess heat from the planet’s warming climate. Seawater expands as it heats up, resulting in about a third of the modern-day global average sea-level rise. Melting ice from land-based sources such as glaciers and ice sheets accounts for the rest.