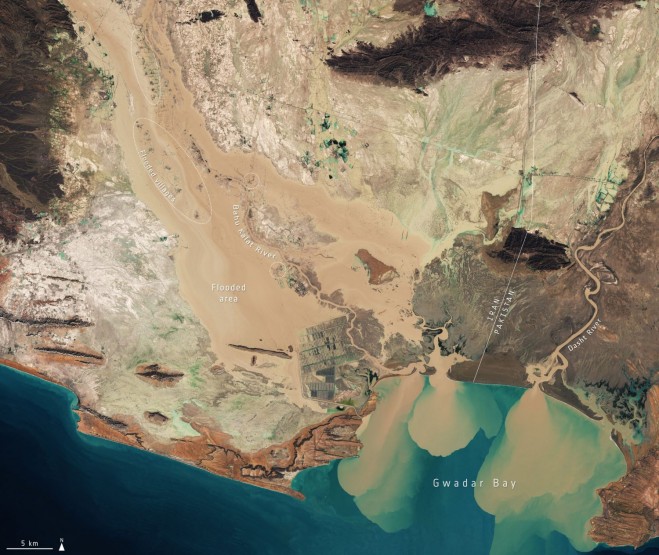 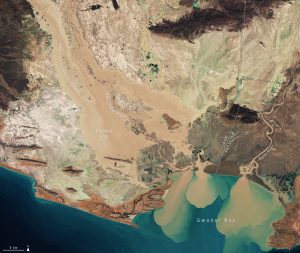 Heavy rainfall has triggered flooding in southern Iran, particularly in the Sistan and Baluchestan, Hormozgan and Kerman provinces. The downpour has led to blocked roads and destroyed bridges, crops and houses, displacing thousands of people.

This image, captured by the Copernicus Sentinel-2 mission, shows the extent of the flooding in the Sistan and Baluchestan province on Jan. 13, 2020. Flooded areas are visible in brown, while the flooded villages are highlighted by dotted circles. Sediment and mud, caused by the heavy rains, can be seen gushing from the Bahu Kalat River, Iran, and Dasht River, Pakistan, into Gwadar Bay.

In response to the flood, the Copernicus Emergency Mapping Service was activated. The service uses satellite observations to help civil protection authorities and, in cases of disaster, the international humanitarian community, respond to emergencies.