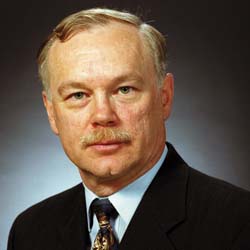 When a domain is relatively new, the terminology is often imprecise, and many different words many be coined and used by different organizations and individuals with none of them realizing that they are talking about essentially the same thing. This is substantially true for the use of Digital City and SDI as applied to urban environments.

What is a Digital City? To me this implies the maximal use of information technology in a every aspect of the city from planning and design, to construction management, to management, operations and public safety. Effective use of information technology in conjunction with many other disciplines from transportation engineering, thermodynamics, and electrical distribution to ecology, and sociology, can make our cities more energy efficient, less polluting, and can contribute in significant ways to improving the quality of life of the city dwellers.

Moving to the notion of a Digital City is, in some ways, no longer a matter of choice. We are in the midst of the most rapid urbanization in human history.  Urbanization is one of the dominant demographic trends of our time. In 1900, 150 million people lived in cities. By 2000, it was 2.9 billion people, a 19-fold increase. By 2007 more than half of us will live in cities—making us, for the first time, an urban species.

In 1900 there were only a handful of cities with a million people. Today 408 cities have at least that many inhabitants. And there are 20 megacities with 10 million or more residents. Tokyo’s population of 35 million exceeds that of Canada. Mexico City’s population of 19 million is nearly equal to that of Australia. New York, São Paulo, Mumbai (formerly Bombay), Delhi, Calcutta, Buenos Aires, and Shanghai follow close behind.

While this trend cannot continue forever, it is happening at a time when we are facing profound issues of climate change and the security of our environment and energy supplies. The rise of nuclear families especially in large and rapidly urbanizing countries like China and India is making even greater demands as it implies that ever more dwelling places be constructed. More effective planning and design, assisted by information technology is thus essential.

A Digital City must thus be much more that pretty 3D building models like one sees in Google Earth or Microsoft Bing. We need detailed, accurate, and complete 3D engineering models of our cities, which can support advanced and more comprehensive urban planning and design activities, enabling us to do large area optimization on matters of heating, cooling, and transportation.  This will require unparalleled co-operation between teams of engineers, architects, planners, biologist, ecologists and many other disciplines.

How will such detailed engineering models be developed and how will they be maintained? How will we meet the different demands of the engineer, architect and the ordinary citizen? It is here that the paths of SDI and Digital Cities intersect. SDI is about collaboration and information sharing respecting information about the physical world. It is of greatest importance in the context of cities. It facilitates the sharing of information such as building drawings, terrain surfaces, roadways etc. in design and construction.

Properly implemented it provides the mechanisms to automatically develop the multi-dimensional engineering models of our cities using the natural business processes of the city itself, now used mostly for project approval, and collection of fees and taxes.

Properly implemented, the SDI provides the infrastructure for building and accessing the multi-dimensional and multi-faceted (multiple levels of detail and abstraction) by a wide range of stakeholders from the engineers concerned with water supply or district cooling, to the man in the street concerned with the quality of life of his family. Properly implemented the SDI can make the Digital City a reality, and provide consistent, integrated views of the world.

We believe that city SDI will be the dominant form of SDI in the future, and the integration of these SDI’s at the regional, national and global level – as an integration – as a web of systems, will comprise the GeoWeb for the planet as a whole.

In other domains, such as commercial aviation, we would think it impossible not to have an air traffic management system. How then, can we allow the development of our cities to take place without a comparable system to assist with the management of urban infrastructure?