January 4th, 2009
The Use of 3D Visualization in Planning and DesignIs 3D a luxury or a necessity? 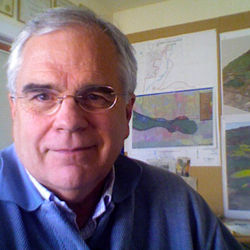 3D has gradually been making inroads into the planning and design mainstream. It’s not unusual in a public presentation or submittal to see a 3D image rather than an artist’s rendering, and occasionally one actually sees 3D movie “fly arounds”. However, in today’s reality of reduced funding for both staff and software, one has to question whether 3D is a luxury or actually makes a meaningful contribution to the process of land planning and design.

Computer-generated 3D has been around for at least two decades. It started with hobby programs at one end and expensive research at the other end (the forerunners of Pixar for example). A decade ago 3D began to be used in the urban design and land planning field, but the few 3D visual simulation programs that existed were very expensive and required extensive, very technical computer workstations and programming expertise to use them.

For many years planners, landscape architects and architects paid little attention to 3D, feeling that they understood what the design looked like and that they could describe it to the public very adequately using traditional tools—and learning the new tools was a daunting undertaking. Today, we have a wide variety of 3D visualization programs, the cost has come down significantly (some are even free), and many of the programs have become relatively userfriendly. 3D has gradually been making inroads into the planning and design mainstream. It’s not unusual in a public presentation or submittal to see a 3D image rather than an artist’s rendering, and occasionally one actually sees 3D movie “fly arounds”.

However, in today’s reality of reduced funding for both staff and software, one has to question whether 3D is a luxury or actually makes a meaningful contribution to the process of land planning and design.

This article is a primer on 3D visualization tools in the land planning and urban design field: what are their benefits? Are they worth the effort and the cost? Are some tools better for particular uses than others? The focus will be for those with relatively little experience or experience limited to a few applications.

A Perspective and Retrospective

As a measure of how much some firms are using 3D, I was fascinated to read a recent V1 Magazine interview with Doug Eberhard, currently an Autodesk senior director, discussing his previous role in creating Company 39, a 3DE graphics firm that was eventually acquired by Parsons Brinkerhoff that generates visualizations used throughout the
company, including large, complex projects such as coordinating the redevelopment of the World Trade Center.

My own experience with 3D visualization has humbler beginnings and applications. After having written the design guidelines for Vail Village in 1984, I have been the urban design consultant for the Town for almost 25 years. My task has been to review new development projects for compliance with the design guidelines.

In the early years we tried a variety of techniques to show the decision-makers and the public what the proposed projects were going to look like, and how they would impact the Village. Artist’s renderings presented idealized images, from only a limited number of views. And somehow the result didn’t look like the drawing. Scale models looked impressive from overhead, but they didn’t allow one to “get down in the street” and see how big it would really feel. We tried a number of “reality check” techniques: mock-ups of actual photographs, floating helium balloons at the ridgeline elevations, having the applicant construct board-and-ribbon outlines of the ridgelines, and painting proposed building corners on the ground. These techniques all helped, but they still left much to the imagination. As a result, even with good guidelines, there have been a few buildings that surprised everyone, where we wished we could have a “do-over.”

This was not a minor concern. In a resort village the character of the place is part of the appeal that brings customers and revenues. On the other hand, financial realities put significant pressure maximize the amount of development, given the fact that since 1984 the value of real estate in Vail has increased significantly from $150/square foot to recent values of over $1000/square foot. As the sales prices in Vail increased to astronomical levels, there was pressure to take advantage of every cubic foot of space that could get approved!

Over that period of time 95% of Vail Village has been reconstructed. And yet, to most observers the character of the Village has remained intact. How did this come about? We like to think it was the brilliance of the design guidelines. However, more recently, the effort to maintain a great village, with change occurring everywhere, has been greatly aided by the increased ability to visualize the proposed results.

About 7 years ago, I happened to describe our dilemma to a friend in the oil exploration industry. He invited me to Houston to see some new advances they were making in trying to visualize underground oil exploration. When I arrived I placed in front of three large rear-projection screens, (10’ tall by 20’ wide) that formed 3 sides of an enclosure. I was given 3D glasses often called shutter-glasses, they are clear glasses with an internal LED display (like the numbers on a digital watch) that blinks each lens
alternately at an imperceptible 60 cycles per second. At the same time, the projector flashes alternate images at the same 60 cycles per second rate. The result is that each eye sees a different, slightly offset image, creating a real perception of depth.

On the screens were projected 3D images of underground conditions—geologic strata, deposits of oil, gas and water; the location of the oil wells. This was done interactively in a totally immersive environment. We could navigate as if we were in an underground submarine and zoom in on any condition in a 30 square mile area. Engineers with 30 years of experience said they learned more about interpreting underground conditions in 30 minutes than in months of studying paper computer logs. And to top it off, because it
was digital, this firm could collaborate around the world with workers in similar facilities in London and Perth.

That was my first inkling at what the future of above-ground planning could be like. Obviously the planning and design world has fewer financial resources than the oil industry, and so we have to adapt this vision to the reality of simpler programs and presentation equipment.

Since then, our own evolution began with MultiGenParadigm, then migrated to 3D Studio Max. Then came the revolutionary SketchUp, and its ability to work seamlessly with 3D Studio Max, Google Earth, and ArcView. Now, our 3D work takes advantage of all of the above, and we have even developed our own software. (we call Vizhen) that lets us import elements from all of those sources, and more. It is a real-time 3D environment (drive/fly anywhere, look at anything) that can handle very large terrain, as well as lighting, shadows, measuring, view corridors. It can be used by someone as digitally uncoordinated as I am.

A year ago Steamboat Springs commissioned a real-time interactive 3D model to be used to review all development projects. Now, each applicant provides their own project model, in any one of a variety of formats. If they don’t have one, the City will create one for them. The applicant’s model is inserted into the overall city model, which contains the
models of existing buildings as well as models of previously-approved-but-unbuilt buildings.

This city model differs from current software (such as SketchUp, 3D Studio Viz, ArcView, etc.) in that it:

Now, at the public review meetings, on a large projection screen the city staff “flies” the council and public around, and “walks” them through, the potential development. This 3D city model has proved invaluable to the staff and decision-makers and has changed the nature of project review for Steamboat. Applicants have requested access to the model to use in their own design process prior to submittals. The ski company has used the model to coordinate development projects within their own property. It has been used by the City staff in the redesign of the zoning code.

So, is 3D a luxury or a necessity? Consider that the planning and design drawings that have been used for centuries are conventions developed to describe a 3-dimensional reality—plans, sections, elevations, planting plans, grading and contours, even isometric and perspective drawings. From extensive training and experience many planning,
design, and construction professionals have relatively high abilities to visualize the end result from the drawings—although there is a surprising variability. However, when taking the public into consideration, the range of ability to visualize is even more varied, and the average ability to visualize is very low.

Our experience has been that when the review bodies don’t understand a proposal they tend to a) drag their feet, b) make worst-case assumptions, and/or c) deny the project prematurely. On the other hand, WITH 3D visualization we have found that: a) the review time is noticeably shorter, b) the debate is more informed and focused around truly
salient issues, and c) even if there is a denial, it usually is accompanied by clearer direction about what needs to be changed to meet approval. In short, we have not yet seen a review that was made longer or more complicated by 3D visualization, generally just the opposite.

The cost of 3D visualization is comparable to, and usually less than, the cost of an equally detailed physical 3D model.

Presaged by field applications being pioneered by Autodesk, I can foresee a time, in the not too distant future, when all design work will be done, and documented in 3D. At a macro level, we will be able to virtually walk down the street and preview the proposal in its true context. At a micro level, hand-held viewers will enable a contractor to zoom in on a condition, view how it is supposed to look, turn on dimensions, and link to specifications. And the result will be clearer, communication about what is meant to be.

Author’s Note: In the next installment of this quarterly column, we will discuss a few important lessons about how to effectively incorporate 3D visualization in a public review environment to save time and effort, and increase effectiveness. We will also describe fascinating results of recent studies testing various aspects of 3D working environments and their role in improving the speed and accuracy of design.