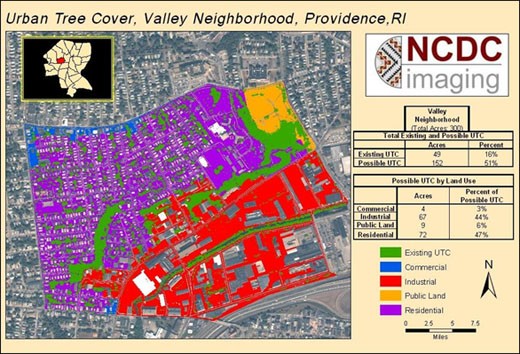 While we know and understand that the Earth’s climate undergoes natural cycles of glacial and inter-glacial events, there is widely accepted and mounting evidence to suggest that we are accelerating this natural phenomenon and that the changes in global climate are largely due to the amount of greenhouse gases (GHG) in the atmosphere. Human activities, including the burning of fossil fuels (coal, natural gas, oil and gasoline), are among those activities that have substantially increased emissions of greenhouse gases into the environment.

While we know and understand that the Earth’s climate undergoes natural cycles of glacial and inter-glacial events, there is widely accepted and mounting evidence to suggest that we are accelerating this natural phenomenon and that the changes in global climate are largely due to the amount of greenhouse gases (GHG) in the atmosphere. Human activities, including the burning of fossil fuels (coal, natural gas, oil and gasoline), are among those activities that have substantially increased emissions of greenhouse gases into the environment.

These emissions are exacerbated by rapid population growth which leads to major changes in the way urban planners assess our land usage needs and this in turn leads to modifications in the natural land cover. As we grow and respond to the increased demands on our land and resources, we need to recognize that economy, society, and environment are interconnected.  Communities must demonstrate leadership by making wise and innovative choices to ensure sustainability.

Climate change is one of the greatest environmental challenges facing the world today. Small incremental changes in temperature may seem trivial because on a daily basis these changes aren’t noticeable.  Nature, on the other hand, is more sensitive to temperature changes, no matter how slight. For instance, a small temperature change to the world’s oceans would translate to vast changes in energy. These energy changes could then become concentrated and focused, consequently creating undesired events such as sizeable hurricanes and storms. An incremental temperature change could also spawn outbreaks of insect pests or disease agents capable of destroying entire landscapes, forests or croplands. The effects of a temperature change of only 1 to 3 degrees world-wide could lead to any one of these widespread and devastating events.

According to the Environmental Protection Agency (EPA), human activities account for the release of approximately 25 billion tons of carbon dioxide (CO2) annually; of that nearly 30% is absorbed by the oceans, approximately 40% stays in the atmosphere, and about 30% is thought to be absorbed by forests.  In fact the amount of the greenhouse gas carbon dioxide in the atmosphere is currently higher than at any time in the last 400,000 years according to the most recent report of the International Panel on Climate Change. (IPCC, 2007).

As you look around today, for a myriad of reasons, efforts to support environmental causes are being made. An ongoing “green” trend is being marketed in nearly every industry.  From hybrid cars to the Kyoto Protocol, people are seeking ways to eliminate harmful greenhouse gases from the atmosphere and create sustainable, healthy environment.

Knowing that the best efforts and most dedicated ideas will not take root without first the funds and then the initiative to educate, promote, and implement; it’s important to develop not only sustainable policies, but cost effective and long term solutions. Even the most feasible management plans require an effort that would, by necessity, involve partnerships and community efforts.

The question remains, can we reduce the amount of carbon dioxide we are emitting everyday while at the same time lower the existing amounts in our atmosphere?  The answer is yes.  By recognizing and nurturing the existing and potential benefits of urban forests, cities can promote long term sustainability.

Trees have a vital role to play in the battle against climate change.  Trees provide the most immediate, cost effective and feasible benefit to our environment, and until recently the benefits weren’t truly quantified.  Not only are trees considered aesthetically beneficial but they provide a healthier environment by filtering harmful gases and storing carbon. By storing carbon, they are a useful tool for combating climate change.  Trees are solar powered environmental remediation tools that increase in services over time.

Even more than that, trees provide shade and shelter, which conserves energy and regulates temperature. There are significant savings to be realized due to decreased stormwater runoff, and they provide, although indirect, great savings in the form of decreased health care costs and increased revenues from tourism.  It’s logical to then expect that the value of trees is well worth the investment.

Quantifying the Impact of Trees

Speaking of investment, how do organizations and municipalities determine what their urban forest is currently worth? Through Geographic Information Systems (GIS) and remote sensing technologies, cities can determine the value of their existing urban forests.  To take it one step further, cities can also find how much more they would save by planting more trees.  When used together, high resolution imagery and GIS provide a variety of compelling spatial visualizations of our changing climate and how to implement strategic plans to combat the undesirable effects of urban sprawl.

One such company that specializes in the use of GIS and remote sensing solutions for natural resource management and environmental management is NCDC Imaging, a Native-American-owned, emerging small business. NCDC  has conducted Urban Tree Canopy (UTC) analysis’ in cities around the country documenting the percentage of UTC and the ecological benefits associated with urban trees. By utilizing tools such as GIS, remote sensing, CITYgreen software, and UTC tools developed by the University of Vermont’s Spatial Analysis Lab, they are able to place an actual value in dollars on urban forests, in order to prove their immense worth.

In an analysis conducted for “Keep Indianapolis Beautiful” (KIB), a nonprofit organization dedicated to improving the city-wide UTC, NCDC Imaging placed a monetary value on the existing tree canopy and then determined what the total increased worth would be if the total canopy was boosted by just 6% in each of 8 “hot spots,” areas of the city determined to be good targets for greening efforts.

Utilizing a land cover map of existing tree canopy and impervious data in the eight “hot spots,” NCDC determined an average UTC coverage of 18%.  To prove that trees are a capital asset, a model was run on what their savings would be with a 25% UTC cover.

The difference was significant.  The CITYgreen report showed that if the City increased their UTC by 6% in the targeted “hot spots”, the annual savings would be:

American Forests, the nation’s oldest nonprofit citizens’ conservation organization, actually recommends cities have a 40% UTC.  Imagine the savings if the entire city of Indianapolis increased their UTC to 40%.

We know that more trees will provide several benefits to communities.  However, City Planners can’t set goals without knowing their existing versus possible tree cover.  An Urban Tree Canopy (UTC) goal consists of the 3 “P’s” of resource management:

•    Possible: What is ecologically feasible? Where is land available for planting?
•    Potential: What is economically likely? Which areas have regulatory constraints that conserve tree cover or have incentive supports for adding tree cover?
•    Preferable: Where will tree cover address other social issues such as cooling and cleaning the air?

After completing a street tree inventory and analyzing the data using the US Forest Service’s STRATUM program, the city of Providence had one thing left to do: map urban tree canopy (UTC).  High resolution satellite imagery was analyzed to produce accurate reports, graphs and statistics of existing and possible UTC based on conditions and infrastructure.

According to Doug Still, “The UTC study was the last piece of a concentrated effort by the City of Providence to fully understand the size, distribution, and structure of its urban forest.” Furthermore, he says, “Scientific data from the UTC mapping process was essential for gaining the political support necessary for maintaining and expanding planting efforts, because our goal setting could be reinforced with quantifiable, understandable information. The UTC analysis compliments the inventory and STRATUM data by giving us canopy cover information on the whole urban forest, not just street trees.”

The UTC assessment presents parcel-level statistics and graphs available for a variety of target geographies. Presently, Providence has approximately 2,814 acres of existing UTC comprising 23% of the City’s total land area, which is approximately 12,038 acres (20.5 square miles). Of the City’s total land area, 52% is possible UTC—that is, where there are no roads, buildings, existing trees or water bodies.

So how does existing UTC in Providence compare with other cities in the northeast? Table 1 shows results from recent UTC Assessments using sub-meter resolution imagery.

Based on the existing UTC and potential UTC, and in conjunction with budget projections and other City factors, a canopy cover goal will be established and incorporated into the developing Urban Forest Management Plan. The data will also help to target neighborhoods for planting initiatives and identify geographies that have the greatest potential for increasing tree cover.

Urban Forest Management has such a remarkable impact on curbing the effects of greenhouse gases perpetuated by human activities that more and more agencies, cities, and authorities are launching collaborative efforts to obtain and utilize land cover maps and statistical data to support efforts to improve our world’s tree population. To learn more about how a UTC or CITYgreen Analysis can help in your area, please visit MillionDollarTrees.com and find out what others are doing.

Author’s Note: Statistics produced by CITYgreen software.  To calculate the dollar value of air pollution removal, economists use “externality” costs, or indirect costs borne by society such as rising health care expenditures and reduced tourism revenue.  The stormwater savings are also calculated using CITYgreen software.  The software calculates the volume runoff in a 2-year 24-hour storm event that would need to be contained by stormwater facilities if the trees were removed.  This volume multiplied by local construction costs calculate the dollars saved by the tree canopy.