One of the greatest challenges in location analytics is the optimization and acceleration of the relational database model. Significant numbers of local, state, and federal government users, combined with substantial commercial interests, have developed relational databases for storage and retrieval of spatial topology and geometry –points, lines, and polygons using IBM’s DB2 technology.

The World at Their Fingertips: Engaging Students to Do Real-World Geographic Investigations

For the past 20 years, numerous enterprising primary and secondary educators have used GIS to engage their students in real-world investigations from local to global scale. GIS in education has recently received a tremendous boost through Esri’s participation in the White House’s ConnectEd initiative. Through the initiative, designed to strengthen Science, Technology, Engineering, and Mathematics

With the WorldView-3 satellite launch today, it joins the extensive and capable set of DigitalGlobe satellites, greatly expanding commercial satellite imaging capacity as well as the domains where this imagery can be applied. In so many ways, this satellite is a pioneering effort that is highly calibrated and tuned to deliver unprecedented resolution, sensing capabilities,

Preparing For an Exploding Technology

Esri/UC: GIS is Reaching Critical Mass and Empowering Us to Make a Difference

Jack Dangermond, founder and CEO of Esri, welcomed a crowd of GIS users at the San Diego Convention Center today for the Esri International User Conference. The more than 16,000 attendees are from more than 130 countries, coming to the annual event that highlights the broad use of GIS.

China’s Beidou System Gets a Commercial Partner in Alibaba

Many reports in the Chinese media have indicated that Alibaba, China’s largest e-commerce site that is on an investment spree, will team with State-owned China North Industries Group to promote the commercial uses of the Beidou navigation system. The investment has been reported at 1 billion yuan ($160 million) according to Dazhihui News Agency.

Mladen Stojic, president of Hexagon Geospatial addressed the HxGN Live conference today in Las Vegas. The address focused on dynamic information, and our ability to transform how we respond to global change. Opportunity, change and transformation permeated this address with a focus on competitive advantage.

The HxGN Live event kicked off this evening in Las Vegas at the MGM Grand, with an impressive stage, light works, and rumbling musical score. The location, the Garden Arena, is where title fights typically take place, and the energy in the room spoke to that past.

International efforts to mitigate climate change hinge on limiting global anthropogenic CO2 emissions. About 12 percent of these emissions are due to deforestation and forest degradation, mostly in developing countries. To limit forest emissions, in 2008 the United Nations launched its Collaborative Program on Reducing Emissions from Deforestation and Forest Degradation in Developing Countries (UN-REDD). Building 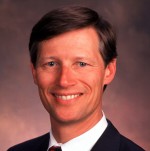 Do We Still Need Geospatial Standards?

Since 1994, I have participated in, facilitated, and lead a variety of standards activities. I have helped develop standards in the OGC, OASIS, ISO, OMA, IETF, W3C – the list goes on. Given this commitment to the standards world, you might think that I have a strong bias toward the status-quo for standards development and