A 3-D Model – Equal To A Thousand Data Attributes?

Recently, I was asked if I would teach a Google SketchUp course to a group of planners. I’d put together similar courses in the past, with the objective of giving a basic understanding of 3D concepts and workflows. Always on the ready to exploit any opportunity that spreads knowledge about the power of 3D, I

Planning 2.0—The Next Generation of Participatory Planning

Today, cities are growing beyond their physical limits and resource capacities. This sprawling growth encroaches on prime agricultural land and creates severe socioeconomic and environmental problems.

Show me the Money! – Australia’s Need for Spatial Data

Some time ago I wrote about the impending Carbon Pollution Reduction Scheme (CPRS) in Australia and its potential opportunities for the spatial industries. The CPRS was the brainchild of then Prime Minister, Kevin Rudd, who was subsequently unceremoniously dumped. With the Greens now in control, the pressure is on to have a carbon price.

Real time, full-scale analysis immediately and positively impacts all stakeholders in slightly different ways.  Architects and engineers rush to validate their designs naturally looking for opportunities to improve their product.  Owners experience a sense of relief and tend to take immediate ownership of their prior decisions and look forward to future input and final product

The phases of planning for infrastructure change have not varied much since humans began coordinating the construction of more than one building, road, or bridge simultaneously. Planners need to understand the current environment and conditions, conceive and compare alternatives, and confidently select a particular alternative to move forward into detailed design, construction, and operation. A 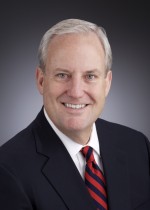 Why Conservatives Are Bad on Energy: It’s All About the Costs

Conservatives,  let’s talk about energy. And why so many conservatives are so wrong — so liberal, even — on wind and solar energy. Let’s start with a recent editorial from the home of ‘free markets and free people,”the Wall Street Journal.” Photovoltaic solar energy, quoth the mavens, is a “speculative and immature technology that costs

Re-thinking Basemaps (Do we need a paradigm shift?)

Implementation of a Service-oriented Enterprise GIS

Today, GIS is becoming more part of business processes, and the consequence of this change is that there are many more users with much higher requirements regarding the availability of GIS services. This column describes the path from a workgroup to an enterprise GIS.