GIS, Sustainability and the Winds of Change

America’s first-ever climate change president, Barack Obama is making substantial changes in the way we approach energy, the environment, and our economy. These changes will impact how we manage where our energy comes from (the supply side) and how we use it (the demand side). This will not only affect the future of our economy

As many of you are well aware, Google finally launched the much anticipated Google Ocean, extending the coverage of their virtual globe to the 70 percent of the earth that is covered by water.  Since the ocean has an enormous impact on our climate, our ability to feed ourselves, and ultimately on our survival as

GIS is a Means of Communication

A GIS-user looks for information that makes it possible for him to solve an actual task. If the GIS-user feels that the information allows correct, safe and fast task-solving, then the producer has gained the user’s favour. Then the good question will be, what the GIS-producer needs to be capable of for the purpose of 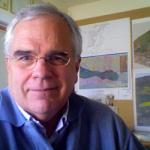 The Use of 3D Visualization in Planning and DesignIs 3D a luxury or a necessity?

3D has gradually been making inroads into the planning and design mainstream. It’s not unusual in a public presentation or submittal to see a 3D image rather than an artist’s rendering, and occasionally one actually sees 3D movie “fly arounds”. However, in today’s reality of reduced funding for both staff and software, one has to

INSPIRE – Where Is The End-User?

As the INSPIRE (INfrastructure for SPatial InfoRmation in Europe) Directive proceeds, Lars Brodersen wonders where the end-user fits into the process. “And THEN! Then …, yes, what then? What is INSPIRE actually? Who is gaining what by INSPIRE’s implementation?”

Much has been written about the product adoption cycles of new technologies, such as the automobile, and more recently the cell phone, the Internet, and broadband.  The book “The Next Great Bubble Boom” by Harry S. Dent, Jr. uses standard “S-Curve” diagrams to map the status of a certain technologies.  This article extrapolates Mr. Dent’s

How Does Digital Technology Affect Communication of Geoinformation? 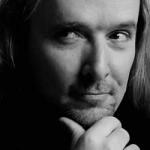 Is This the Year Laser Scanners Take the Lead from GPS?

In my first column, Survey/CAD/GIS Integration – It’s About Time!, posted back in November 2007, I peeked into the crystal ball and wishfully saw a future where we would have a  three-way integration of GIS, CAD and survey data for seamless “field to finish” solutions.  I’m still very keen on that topic, but these days,

The integration of CAD and GIS has moved from a trendy topic for early adopters only to a mainstream reality. Equally encouraging has been the acceptance and practice of integrating GIS with survey data. We’ve come a long way baby, especially when it comes the CAD vs. GIS scene.