October 8th, 2019
Can Oceans Turn the Tide on Climate Crisis? 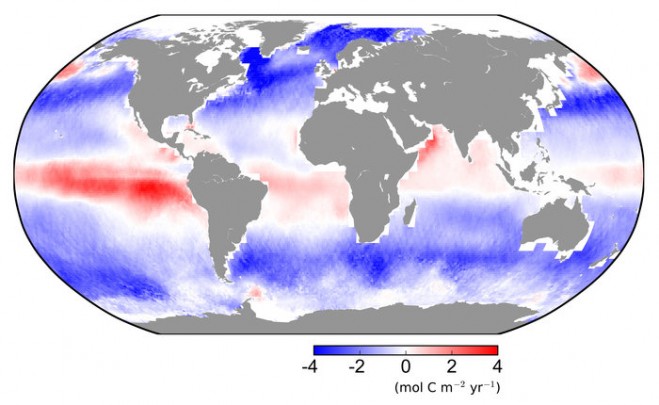 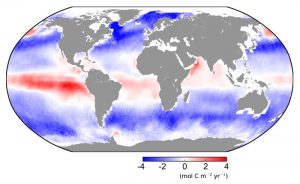 Carbon dioxide continually flows into (blue) and out (red) of the ocean. The oceans store carbon for thousands of years, so most of the carbon dioxide coming out of the ocean within the equatorial pacific was previously in the atmosphere before the time of the industrial revolution. (Credit: University of Exeter College of Life and Environmental Sciences)

As we pump more greenhouse gases into the atmosphere, the world is warming at an alarming rate, with devastating consequences. While our vast oceans are helping to take the heat out of climate change, new research shows that they are absorbing a lot more atmospheric carbon dioxide than previously thought—but these positives may be outweighed by the downsides.

Covering over 70 percent of Earth’s surface, oceans play an extremely important role in our climate and in our lives.

The recent IPCC Special Report on the Ocean and Cryosphere highlights how we all depend on oceans and ice, and how they are intrinsic to the health of our planet—but stresses the many ways in which they’re being altered by climate change.

It states, for example, that through the 21st century, the global ocean is projected to transition to unprecedented conditions where seawater temperatures rise as they remove more heat from the air and undergo further acidification as they take in more atmospheric carbon dioxide.

During the last 50 years, oceans have absorbed more than 90 percent of the extra heat in the atmosphere caused by greenhouse gases from human activity, but oceans also help cool the planet by absorbing carbon dioxide.

However, exactly how much atmospheric carbon dioxide oceans are absorbing has been a matter of some debate—until now.