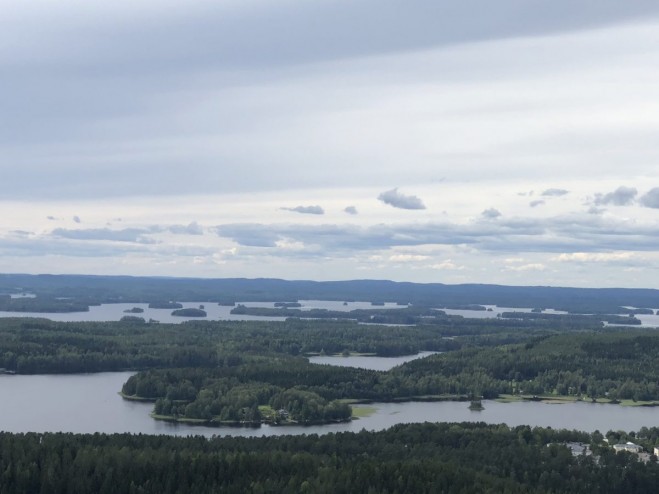 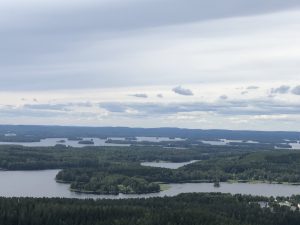 Scientists at Purdue University have found that the amount of methane being released by Arctic lakes is increasing and by the end of the century may rise to as much as 60 percent of the methane released due to melting in the region. The research was conducted in Finland, including in Lake Saimaa, shown here. (Purdue University photo: Qianlai  Zhuang)

Although the Arctic is best known for frozen tundra, it also has a number of freshwater lakes that are covered in ice most of the year. But the length of time they are ice-covered is decreasing, and this is allowing methane to bubble into the atmosphere.

Globally, lakes are responsible for nearly one-third of biogenic methane emissions, but new research predicts that this level could increase to nearly 60% by the end of the century due to global warming. Methane is a powerful greenhouse gas that traps 32 times more heat than carbon dioxide.

Their findings in this lake-dense region will help researchers adequately quantify methane emissions from the entire Arctic lakes system. The research was published in a recent issue of the journal Environmental Research Letters.

Organic matter in the bottom of Arctic lakes decomposes, thanks to microbes, and this process produces methane. Enough methane can be bubbled to the surface that it can even be ignited to form 10-foot flames, as University of Fairbanks professor Katey Walter Anthony demonstrated in a 2010 YouTube video.

Zhuang said there are steps that can be taken to slow the increasing emission rate.

“Also, reducing organic matter flow to lakes in some ways would mitigate the emissions by reducing the microbial activities, leading to lower methane emissions.”

This research was supported by NASA and the U.S. Geological Survey.