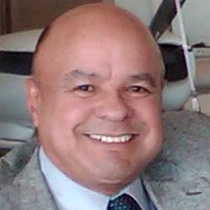 To borrow a phrase from Mark Twain, reports of the demise of aerial film in our industry are greatly exaggerated. The transition to digital imaging technologies in the geospatial industry may seem ubiquitous, but the numbers tell a very different story. Film is very much alive, and numerous base mapping collection firms have not yet made the transition to digital geoimaging.

I can see some of you shaking your heads as if to say, “Armando, you’re crazy. I don’t know anyone who’s used film for mapping projects, much less for ubiquitous geoimaging, since 1990-something.” That may be true for you, and for other people who work for larger companies involved in geoimaging and geospatial services. But there is a large segment of smaller collection companies that continue to use film every day and who haven’t yet entered the digital age. They haven’t yet, but they will, and when they do it will drive new revenue streams for them while also lowering costs and increasing their profitability. It will also deliver a lot of value up the food chain to everyone that uses that imagery.

Who is still using film? They tend to be small, regional geoimaging companies that typically have a single aircraft. Calling them “mom-and-pop” companies is actually very apt because so many of them are literally teams composed of: a husband and wife, father and son, brother and brother, or just comrades that like to fly and want to make money while doing it. They all typically have an aviation background and now do collection mapping projects (“geoimaging”) as either their primary income or supplemental revenue. There are hundreds of these small companies across North America and Worldwide, and most of them have their roots back in the analog days when all aerial imagery was taken with and processed as film.

I have seen an estimate that at one point, there were around 2,000 film cameras in use around the world by aerial mapping collection companies. Those film-centric operations are far from extinct, though. Today, there are still at least 900 film cameras used to do geoimaging projects (overall in developing countries), and we estimate that there are still at least 125 operating today in Mexico and the United States alone. They send their airplanes up for the project at hand, take images with the film equipment they have used forever, land the plan, deliver the negatives to a film processing lab, have those photos scanned into a digital format so it is usable by their clients, zap that to their clients, and then move on to the next project.

These companies are doing just fine, thank you. They make money and keep their clients happy, so a transition to digital technology probably feels like an it-might-be-nice-to-have-some-day situation rather than a we-need-to-do-this-right-away-to-stay-in-business situation. But the truth of the matter is that these companies who are still using film are missing an opportunity. They could be making a lot more money and delivering much more valuable imagery and derivative products (with simple to use and fully automated delivery) if they would make the transition to digital.

Transitioning to digital geoimaging sensors would dramatically streamline the workflow of the projects by removing the need for film processing and then digital scanning—not to mention the high cost and time of retake if something goes wrong. This would lower costs and remove headaches for the firms capturing the imagery. Digital sensors would also provide their clients with imagery that is higher in precision and quality as well as optimized for the digital GIS systems their customers are using to work with the images. Most importantly for the small firms, it would enable them to graduate up from just selling raw imagery to selling value-added imagery (with the help of geoimaging processing and production tools, where most of the basic products now have a fairly automated production) that earns them more money and makes them a more helpful vendor for their clients. This would be a significant win-win not only for these small firms but also for our industry as a whole.

What will it take to bring that kind of digital transition to fruition? Awareness is a huge part of it and for certain lower cost of entry. Many of these firms are comfortable doing things the way they have done them for the past 10, 20 or 30 years, and they don’t realize the additional revenue, cost savings, and time savings that digital sensors would provide. Compounding that inertia has been the high-cost of digital sensor solutions, which traditionally have had a price tag that is beyond the budget of smaller firms. The digital price obstacle is disappearing, though, with next-generation, multi-function sensors that, while having the highest quality and performance, dramatically lower costs thanks to the use of open architecture and COTS components. These lower costs will turn the cost-benefit analysis on its head for small companies.

Another driver for this adoption of digital, multi-function sensors is consolidation in the geospatial industry. Larger companies in our industry are migrating to business models that focus on higher-level, higher-margin geospatial services, and moving away from basic services like collection that they perceive as having lower margins. Some people are concerned about the level of consolidation that is happening, but one thing that isn’t debatable is that small collection companies will have a lot of new business opportunities as the large companies shift focus away from collection tasks. Collection companies will need to scale their operations to take on this additional work, and film-based systems simply won’t cut it for the reasons I discussed above.

Another reason why I think this transition to digital will finally happen in this segment of the geoimaging industry is the way client expectations are changing. Clients are setting a higher bar for the imagery they buy from collection companies, forcing them to produce imagery that has higher precision, higher quality and faster delivery. This trend is on an upward trajectory and will compel film-based collection companies to make the digital transition in order to meet those project specifications.

Another driver for these companies’ adoption of digital sensors will be the proliferation of UAVs. When UAVs are approved for broader civilian use in the United States and worldwide, these vehicles will be able to capture imagery at much lower costs than traditional aircraft. These vehicles will also enable small collection companies to scale up the volume of projects they do since they can have multiple UAVs instead of a single plane. Traditional sensors do not work in a UAV for a variety of reasons, so collection companies that want to take advantage of UAVs will need to transition to digital metric sensors that are smaller, multi-functional and optimized for UAVs. Not only are these next generation suitable for UAVs, but they also deliver similar or superior performance and quality, at a smaller scale, than the “big monolithic sensors”.

Change is hard, but sometimes change is very good…and that will definitely be true for small firms using film cameras that make the transition. They will not merely survive. They will thrive thanks to the kind of growth and efficiencies that digital technology will deliver. Film is very much alive today, but broader adoption of digital sensors will ensure that our industry as a whole starts to reap the full benefits of the digital age. So welcome my dear “Mom & Pops” to the era of “DigitalFilm”.