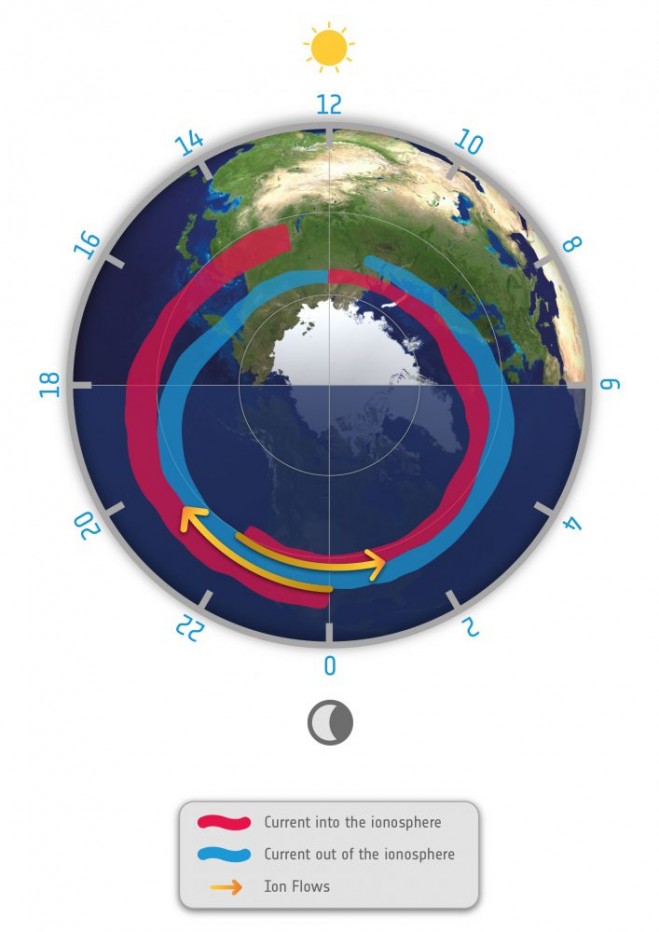 Information from the European Space Agency (ESA) magnetic field Swarm mission led to the discovery of supersonic plasma jets high up in Earth’s atmosphere that can push temperatures up to almost 10,000 degrees Celsius.

Presenting these findings at the Swarm Science Meeting in Canada, scientists from the University of Calgary explained how they used measurements from the trio of Swarm satellites to build on what was known about vast sheets of electric current in the upper atmosphere.

The theory that there are huge electric currents, powered by solar wind and guided through the ionosphere by Earth’s magnetic field, was postulated more than a century ago by Norwegian scientist Kristian Birkeland. It wasn’t until the 1970s, however, after the advent of satellites, that these “Birkeland currents” were confirmed by direct measurements in space.

These currents carry up to 1 TW of electric power to the upper atmosphere—about 30 times the energy consumed in New York during a heatwave. They’re also responsible for “aurora arcs,” the familiar, slow-moving green curtains of light that can extend from horizon to horizon.

Although much is known about these current systems, recent observations by Swarm revealed that they’re associated with large electrical fields. These fields, which are strongest in winter, occur where upward and downward Birkeland currents connect through the ionosphere.