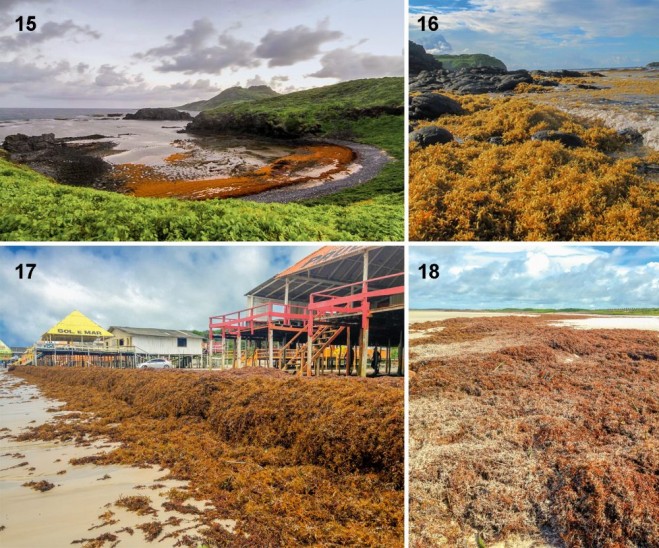 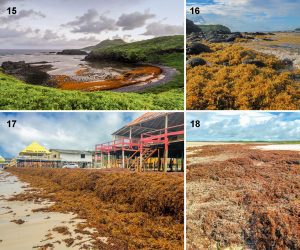 Scientists believe algae accumulation in the open waters of the central Atlantic is a result of seawater conditions and biological interactions. To protect the coastline and the marine organisms that rely upon the algae, a long-term environmental monitoring plan is needed that involves all Atlantic-affected countries.

The Atlantic Ocean’s Sargasso Sea is named for its floating masses of Sargassum algae that are essential to local marine life. However, these drifting “islands” may be shifting to new areas on both sides of the tropical Atlantic Ocean. If they reach land, the massive algal blooms can affect local fisheries and tourism.

The authors of an article published in the current issue of Phycologia collected information about recent algal blooms that drifted onto South Atlantic shores. They explain the origin of this unusual “golden tide” and the reasons it reached the coastline. They also offer suggestions for managing such algal blooms.

In 2014 and 2015, a large, floating biomass of Sargassum landed on the Brazilian coast. As a floating island, such an algal bloom is essential for biodiversity in the tropical Atlantic, providing shelter and food for other marine life. However, when the algae form a golden tide that reaches beaches, the biomass can stress the environment. The algae can block sunlight, boost oxygen demand, and form and release chemicals that affect other organisms.

The researchers found two species of Sargassum, S. natans and S. fluitans, made up the material that reached the Brazilian coast. Satellite images showed no slicks moving south from the Sargasso Sea. NOAA data showed higher-than-average temperatures during and in the months leading up to the appearance of the floating algae. Surface current data showed a weak South Equatorial Current.

The authors speculate that warming, ocean acidification and fertilization, and changes in herbivory rates combined to form a complex scenario that explains the movement of the huge Sargassum biomass from the open ocean toward land. Given this complexity, coastal managers should carefully consider how to address such algal blooms.