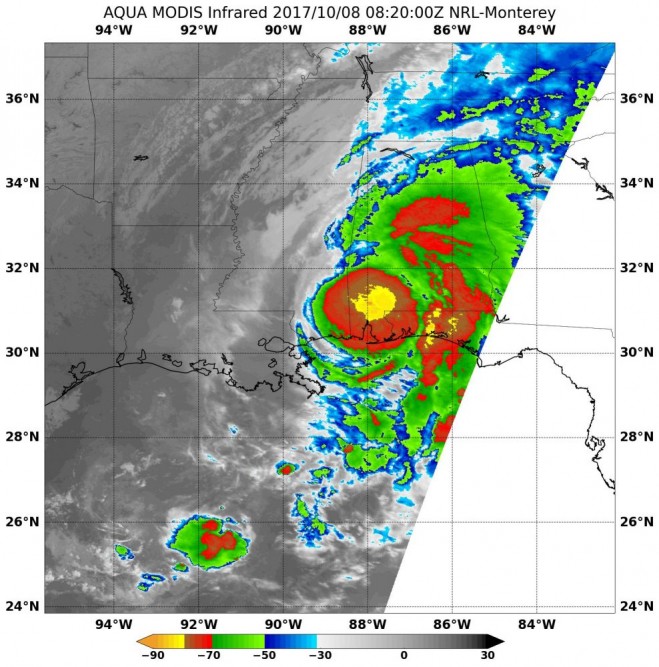 On Oct. 8, 2017, the MODIS instrument aboard NASA’s Aqua satellite analyzed Nate’s cloud-top temperatures in infrared light and found the strongest storms (yellow) around the center of circulation. (Credit: NASA/NRL)

NASA’s Aqua satellite and NASA-NOAA’s Suomi NPP satellite analyzed the temperatures in Hurricane Nate’s cloud tops and determined that the most powerful thunderstorms and heaviest rain areas were around the center of the tropical cyclone after it made landfall near the mouth of the Mississippi River on Oct. 7, 2017.