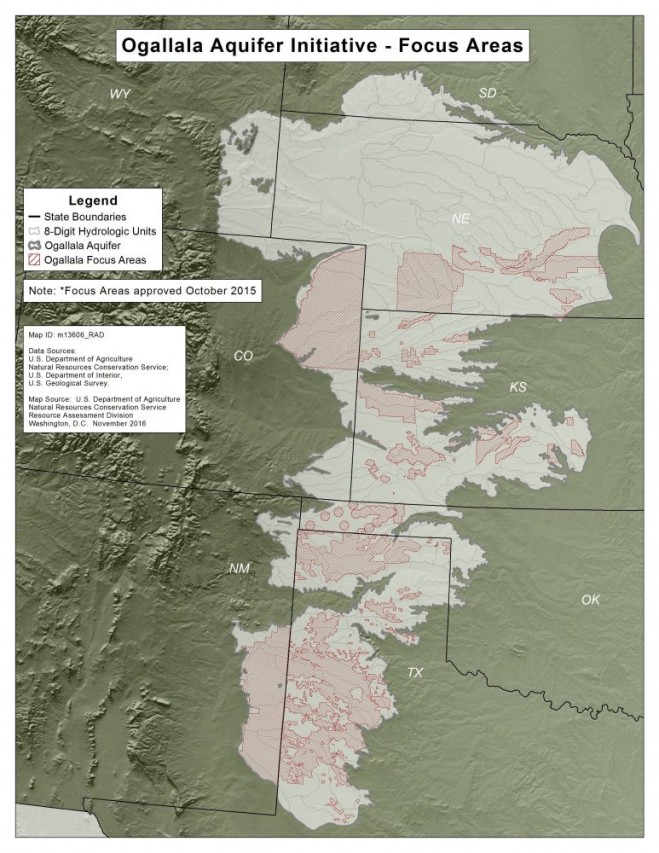 The Ogallala aquifer runs under eight states in the United States and is a major water source for farming and habitation that could dry up within a generation or two if no action is taken. (Credit: U.S. Department of Agriculture)

Water conservation is a growing concern globally, and particularly for farmers in the United States, where decades of irrigating huge fields has depleted vital resources of fresh surface water and groundwater. To help alleviate this problem, a European Space Agency (ESA) spin-off that hopes to help preserve water supplies while guaranteeing crop irrigation is now undergoing final testing.

The ambitious plan of Javier Marti, a former ESA employee and now CEO of his new company, Divirod, is to tackle irrigation overuse based on a concept developed at ESA’s technology center in the Netherlands: using reflected satellite navigation signals for remotely sensing Earth’s surface.

“Our system compares reflected and direct satnav signals to reveal the moisture content of soil and crops,” explained Marti, Divirod’s CEO. “We anticipate our system could save farmers around 30 percent in operating costs in terms of water and energy. Crop yields depend on many factors, but we estimate we could also improve yields by 10-12 percent.”

Lying under eight states in the central United States, the vast Ogallala aquifer supplies almost a third of the groundwater for crop irrigation in the country. Two thirds of the aquifer’s water lies under Nebraska, making the state a focus for testing the approach that Divirod developed. Over the coming months, several farms will regulate and optimize their irrigation using the new technique to reduce water consumption.