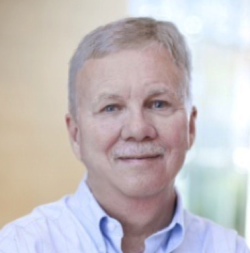 GIS has long been used to get a handle on complex emergency situations as maps provide a means for a common understanding across diverse disaster response teams. Esri has been working to aid and support local teams as well as the general public through online tools that map and integrate with social media. Sensors & Systems (S&S) special correspondent Matteo Luccio spoke with Russ Johnson, the director of Public Safety and Homeland/National Security at Esri about their technology for rapid mapping of incidents as well as the ways that they supported first responders and incident commanders in response to the widespread impacts of Hurricane Sandy.

GIS has long been used to get a handle on complex emergency situations as maps provide a means for a common understanding across diverse disaster response teams. Esri has been working to aid and support local teams through as well as the general public through online tools that map and integrate with social media. Sensors & Systems (S&S) special correspondent Matteo Luccio spoke with Russ Johnson, the director of Public Safety and Homeland/National Security at Esri about their technology for rapid mapping of incidents as well as the ways that they supported first responders and incident commanders in response to the widespread impacts of Hurricane Sandy.

S&S: What are the steps that Esri has taken to offer support for emergency response?

Johnson: Prior to coming to Esri, I was one of the interagency national team incident commanders. I was part of a national incident command system team and we would respond to complex emergencies and provide that level of management for the affected area when we were authorized through the federal government to do that. So, I have a pretty deep understanding of how government first responders and incident management teams organize, what their work flows are, etc. So, here at Esri I have tried to organize our capability in the same general framework that the people who deal with these emergencies use. So, we have a team of people that we stand up when an emergency occurs that mirrors the organizational structure of the incident command system.

When an event occurs somewhere in the world, we stand up a public information map that imports social media in the area of the event. Initially, we may or may not have any good operational data as to the effect of the event to display on the map, but we begin to understand what is happening based on what the public or people who are using social media tell us. Within 12 hours, we stand up another map, which is called the local impact map and includes operational data. These data might come from a variety of places — such as imagery, if it is available that soon, often it is not, or from our people who are out in the field, locally supporting the affected emergency— and we begin to paint a picture, geographically, of the overall impact of the event. We continue to refine that map. We might put data from our Esri Community Analyst product underneath it, so that we understand the very specific demographics that are affected. We often include critical infrastructure. We begin to post shelters and other relevant information that illustrates the specific local impact.

As that’s occurring, our team is reaching out to our affected customers and asking them what help they might need from us, such as additional software, pointers to data, or people on site. We stand up 24/7 technical support for those people who are having difficulty in any way. We also use some of our hardware and business partners to determine their willingness to provide support. We often then facilitate that support to the local impacted area.

S&S: What did Esri do to help map the impact of tropical storm Sandy?

Johnson: During Sandy, we did exactly what I just described, but at the same time we had people supporting FEMA, with their geoportal. FEMA set up its geoportal, we provided support in any way we could. This was a major emergency and everyone had more work than their existing resources could keep up with. We had people working around the clock to support our customers, affected communities and emergency organizations at all levels of government. This included developing maps, conducting analysis, publishing information in the cloud and numerous other activities.

Government organizations such as in the state of Maryland, with their Osprey application, Baltimore, with their ArcGIS Online portal, and New York City were all developing and publishing maps to support response and recovery. Esri reached out and assisted however we could, including by putting people on site. Where anybody needed help with mapping the disaster, we were providing it.

As the event progressed, Esri provided a number of what we call information products. These are maps that tell different stories about the event. We produced a number map products — such as damage area (triage) that FEMA declared through their initial high level damage assessment (heavy, moderate, etc.) with community demographic information in order to understand the types of communities and people who were most affected. In addition, because the elections were ongoing, we also put some information on the map about what the patterns of voting were in the previous presidential election and who might be most affected (polling locations, transportation outages, etc).

We built some mobile applications— where people could, with any device, hit a Web site and it would provide them with the information and data that they needed. We built an application that enabled the identification of the trees or power lines that were down and that data was then uploaded and could be observed or accessed by officials or those who had permission or authority to see and act on the information.

ArcGIS Online was also used and a lot of imagery was posted for the whole New Jersey shore area. We worked closely with Digital Globe and GeoEye to obtain and publish imagery. Generally, this is how Esri supported the event.

S&S: Did this work ever involve a contract with any agency?

Johnson: The vast majority of this work is done for free, without contracts in place. We typically do this for every event anywhere in the world. It is part of our goal to provide good corporate citizenship. In some cases, organizations that we help realize how powerful the tools and technology can be and choose to procure these capabilities on a more permanent basis. With that said, our goal is to provide assistance to the people affected by an emergency and to support those who own it in a time of extraordinary need.

S&S: By “patterns of voting” do you mean party registration?

Johnson: Yes. Who was most affected and who might have difficulty reaching a polling place, given power outages, road conditions, etc. It was an informational map that showed voting patterns based on party registration, who was most affected by the storm, where the polling locations were, if they had been re-located, and where, based on damage, people may having trouble voting. None of the data that we posted was our own. It was all data from authority sources.

S&S: You mentioned “permission or authority to see the data.” Which of these data were available to the general public and which were available only to specific people or agencies?

Johnson: Everything that I’ve described to you was publicly available. Organizations that use our cloud or ArcGIS Online have the ability to create groups and post their Web maps with their own data to those groups and then control by invitation who has access to them.

S&S: Some of it was real-time, dynamic data?

S&S: What were some of the special challenges of this particular mission?

Johnson: The mission was complex, because it obviously involved a pretty large geographic area with a unique set of weather conditions. When people are in a disconnected environment or a power outage it always presents problems. No matter how well you do with Web-based applications, if you are not connected that presents challenges.

When I am in the ArcGIS Online environment, I can add information and data to a map that, let’s say, FEMA built. I find other Web services and streaming data, bring it into my view, put it on my map, and now I am specifically putting a map together for my purposes or mission requirements. I can save that and it becomes a map in my group and I can provide access to those I invite. An organization is publishing a map that has open access. The technology has progressed and enables rapid access to information through the Web. Today, one of the potential problems could be if it gets posted on a high volume site. If the map gets posted on a major news site, the amount of hits or use could overwhelm some of the map services if they are not on a scalable cloud or high capacity servers. If a million people are hitting this Web site, the pressure can bring that service down. We all are learning lessons about the need to be careful whose map service we pull into a new map, where it gets published, and how it is going to be impacted. In most cases, the cloud is very elastic and it can withstand the pressure, but in other cases that elasticity is limited and that link can cause problems. These are some challenges that we are beginning to understand and address.

Five years ago, the challenge was how to get the data needed to create a map or a common operating picture or to create situational awareness. Now we can take a map and turn it black with information and data because there’s so much data available. Now the challenge is to create very mission-specific views that support decisions that someone in logistics or in operations might have to make.

S&S: What are some of the specific applications that you created for Sandy?

Johnson: A map that was important showed where the power was out and where all of the gas stations were. We created an application that enabled people to quickly report which gas stations were operational and which ones weren’t, because sometimes a power outage grid may not be completely accurate or it may change.

Obviously, it is always important to show shelter locations, as well as the status of the transportation network and what critical infrastructure is affected. Many people build inundation models, which project what the storm surge is going to look like and those are good indicators, but they are never 100 percent accurate. So, it is important to be able to validate those storm surge predictions with reports of what actually did happen and where it happened. It is a dynamic capability of seeing what actually happened.

Much of what Esri did was to support organizations that had specific mission requirements and response and recovery decision support needs. Our program is designed to help these organizations. When emergencies occur and everyone is strapped, we think of ourselves as part of a team of people who are working very hard to support response and recovery.