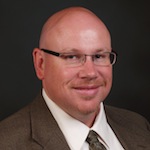 So What Do You Do? On the Need for a Professional Geo Identity

“So, what do you do?”—it’s the dreaded question whenever I meet someone new. Dreaded because I can’t really sum up what I do to myself, let alone to someone else. How I answer often depends on my level of investment with the person.

For thousands of years, humanity has sought to improve its ability to make decisions. Record keeping and information gathering has driven many of the innovations. Better information leads to competitive advantage on the battlefield and in the boardroom. But today, we have a truly 21st century problem: too much information. Or rather, too much data,

Welcome to the inaugural issue of Sensor Sensibility. This column will focus on a number of topics related to sensors ranging from sensor platforms to sensor data, standards to architectures. Sensors are transforming the information ecosystem, providing an opportunity for real-time data acquisition of ambient conditions.

Every ten years or so, we achieve a technological breakthrough that drives innovation for the next decade. We are coming out of the age of emergence of the Internet, which has seen this enabling technology move from novel to ubiquitous. By 2010, cell phones and smart phones were on the path to becoming standard, with